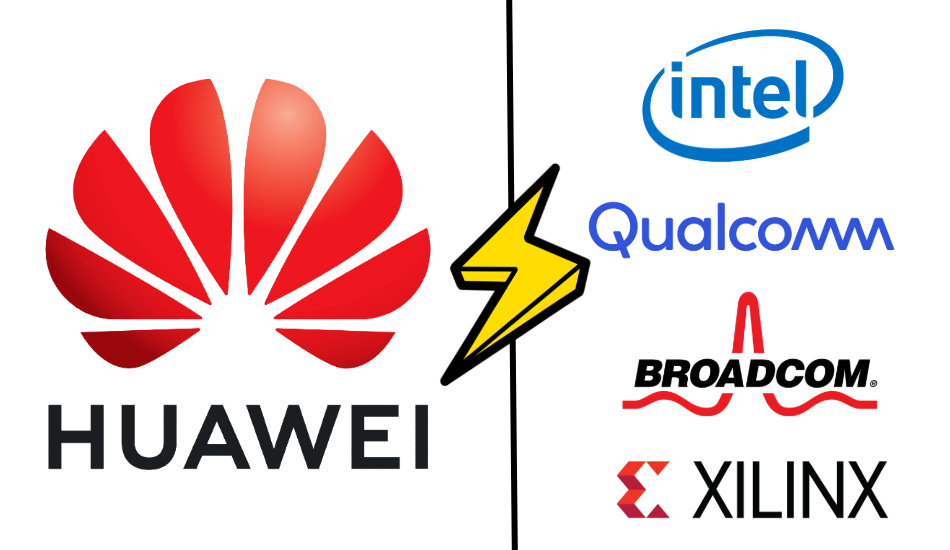 US silicone players Qualcomm, Intel, Broadcom and Xilinx have requested their staff to not be involved in supplying pieces of equipment till they’re further advised to. Intel is Huawei’s major chipset provider for laptops while Qualcomm follows up as the Chinese company’s supplier for modems and smartphone processors.

In the aftermath of the US Government Executive order which placed the company in Blacklist, US chipmakers Qualcomm, Intel, Broadcom and Xilinx have all followed Google in cutting ties with Huawei.

According to a report by Bloomberg, US silicone players Qualcomm, Intel, Broadcom and Xilinx have requested their staff to not be involved in supplying pieces of equipment till they’re further advised to. Intel is Huawei’s major chipset provider for laptops while Qualcomm follows up as the Chinese company’s supplier for modems and smartphone processors.

Huawei has also been banned by Xilinx which is responsible for selling programmable networking chips to the Chinese company. Broadcom has also cut off supplies of its networking switching chips to Huawei following the US Government blacklisting. German chipmaker Infineon Technologies, as well as Micron Technology and Western Digital, have also suspended shipments to Huawei, says Nikkei.

Huawei was dealt with a major blow last night after Google forcefully shut down all business with the Chinese smartphone company. This means Google will not be collaborating with the Chinese company for any upcoming Android projects from here on out and Huawei and Honor phones will not receive any further Android updates.

However, Google ensured users that its services and apps will keep functioning for the existing Huawei devices. Google mentions that both Google Play & Google Play Protect security features will be running on the current batch of Huawei phones, meaning apps will continue getting updates and Huawei users will be able to download newer ones as well.

The latest Huawei ban from Qualcomm, Intel, Broadcom and Xilinx comes just days after the US government accused Huawei of facilitating Chinese espionage. The Justice Department is prosecuting Huawei over accusations of bank fraud and technology. In the last few months, Trump administration was trying hard to convince other countries not to use Huawei equipment in 5G networks as US officials have long feared the Chinese government could use Huawei’s equipment to spy on Americans.