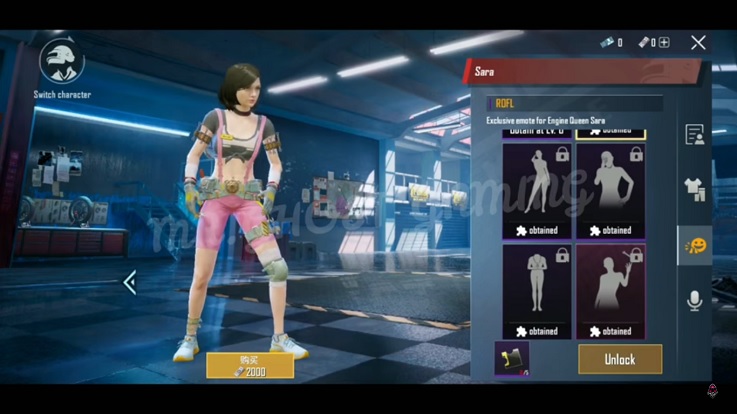 Just like Victor, which was introduced in August this year, the new character will come with new emotes, costumes and catchphrases.

PUBG Mobile is all set to introduce its next Season 10 on November 09, 2019. Now, it seems that the company is also planning to introduce a new in-game character known as Sara.

Sara will be a vehicle expert and it will minimise the damage taken by any vehicle she is riding. “Sara is a vehicle expert who loves automobiles and going for rides. She excels at reinforcing vehicles so that they take less damage when she drives or is riding in a vehicle,” reads an in-game description on the character card. This will surely provide a tactical advantage to the users as the character will boost the defence of the vehicle. To recall, Victor has a tactical advantage to reduce load time for sub-machine guns.

However, the tactical advantage will be only limited to EvoGround mode. This means users can use this advantage in Payload Mode, Team Deathmatch and Zombie mode. The new character will make its way to the game with new Season 10 update.