The device comes with a price tag of Rs 2,999 and is available on both online and offline channels.

Portronics has today announced the launch of its new portable Bluetooth stereo speaker known as Breeze. The device comes with a price tag of Rs 2,999 and is available on both online and offline channels.

The speaker comes loaded with two 4W 45mm inbuilt speakers with amplifiers, which provide good bass and mid-range as per the company. The device bears a cylindrical shape along with metallic grille. The speaker comes loaded with a 2200mAh battery that the company claims can play music for more than 5-6 hours on a single charge. It can be further recharged in two hours. 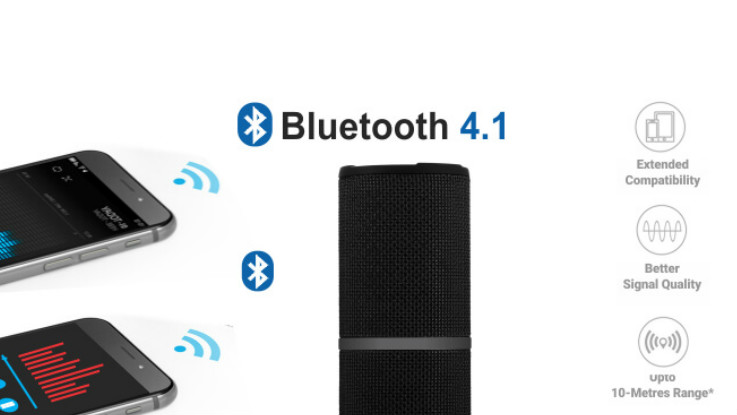 The device features True Wireless Stereo, which basically allows connecting two Breeze speakers with Bluetooth 4.1 to give a wireless stereo left and right channel. The device comes loaded with FM tuner with inbuilt antenna and one can simply connect other devices via 3.5mm AUX port.

One can also connect a pen drive as well. Lastly, the speaker features a hands-free phone call feature with inbuilt mic and speakerphone facility so you can take/reject/end calls routed to your smartphone. The Bluetooth speaker is available in jet black colour option and it weighs 420 grams.

Earlier, the company introduced SoundCake for Rs 2,999 in India. The SoundCake has two compact 5W speakers with a microphone which allow users to field voice and conference calls without reaching for their smartphone. Powered by a 2,600mAh battery, the company claims that the speaker gives up to 8 hours of music playback and one can charge it in just around 2 hours.

Additionally, users can check the status of their speaker’s battery with LED indicators, and easily adjust its volume with the button on top. And the SoundCake only 412 grams so it makes it more convenient to carry around.