Poco to be “totally independent” of Xiaomi in April 2022? 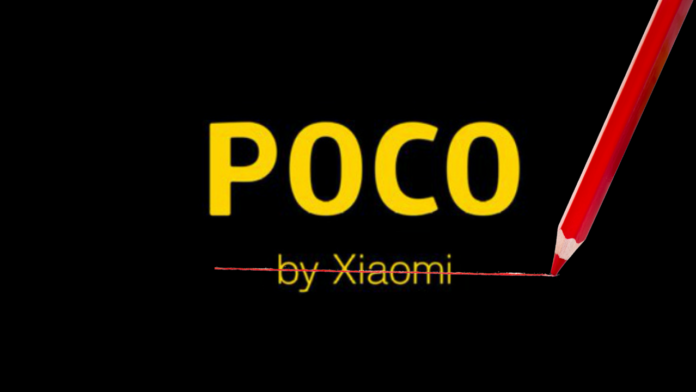 It might have announced its independence from Xiaomi in late 2020, but in most books, Poco still remains a brand that comes under Xiaomi. The name “Xiaomi” appears on the Copyright portion at the base of the brand’s global as well as Indian websites, and its sales and shipments are included in Xiaomi’s market share. That could change in April this year, as per information from industry sources.

From what The Mobile Indian has been told, Poco is going to be totally independent of Xiaomi from the beginning of the next financial year, with all connections being removed, except that of manufacturing. The leadership and teams of both brands will be totally different, and there will be no shared resources, even in terms of location and research development. There is even talk of some changes in personnel and staff with some of the Xiaomi team moving permanently to Poco, instead of just providing a supporting role as they do currently. In short, Poco will be moving to the status that Realme has and OnePlus had (prior to 2021) with Oppo.

It is very interesting to note that although Poco and Realme are bitter rivals and often make fun of each other on their social networks, the two brands seem to be taking similar routes in terms of handling their parent brands. Realme started out as part of Oppo and then became an independent in 2018, and its share of shipments and sales are not considered as part of Oppo’s market share – the two brands actually compete in many segments of the market. Now Poco seems set to follow the same path.

As per some sources, Poco would have become totally independent of Xiaomi earlier, perhaps even in mid-2020, but the move was delayed because removing Poco’s share of the market from Xiaomi’s share might have meant cutting Xiaomi’s lead over Samsung in the Indian market, which is key to Xiaomi. Given that Poco has attained a significant market share in the highly competitive Indian market in 2021, some analysts even claim off the record that removing Poco’s share from Xiaomi’s would put the brand slightly behind Samsung.

It would be interesting to see how Poco’s independence (if it happens, as this is not yet officially confirmed) will make the brand behave. There was a significant change in its approach when it came back more than a year after the launch of its phone – becoming more of a mainstream mid-segment player than a OnePlus competitor. Will Poco then compete more directly with Xiaomi and Redmi devices? At present, while the brand has devices in the same price segment – some even seem to be renamed models – it avoids direct references to Redmi and Xiaomi phones. For the record, neither OnePlus nor Realme actually refers to competing Oppo devices while talking of their own.

So will 2022 see an “independent” Poco in the Indian market? You read it first here, please remember.