Poco M3 leaked renders show a device that has a camera module similar to the OnePlus 8T Cyberpunk Edition.

Poco's newest budget-centric device, the Poco M3 is right around the corner as the company confirmed a couple of days ago that the phone is launching on 24th of November. And now, we have started to see leaked renders of the device.

The first leaked render that comes via 91Mobiles, shows a big camera module on the back with the Poco branding and a dual-tone finish, which might remind you of the recently launched OnePlus 8T Cyberpunk Edition. The device also resembles the Nexus 6P and the design as of now looks appreciable. 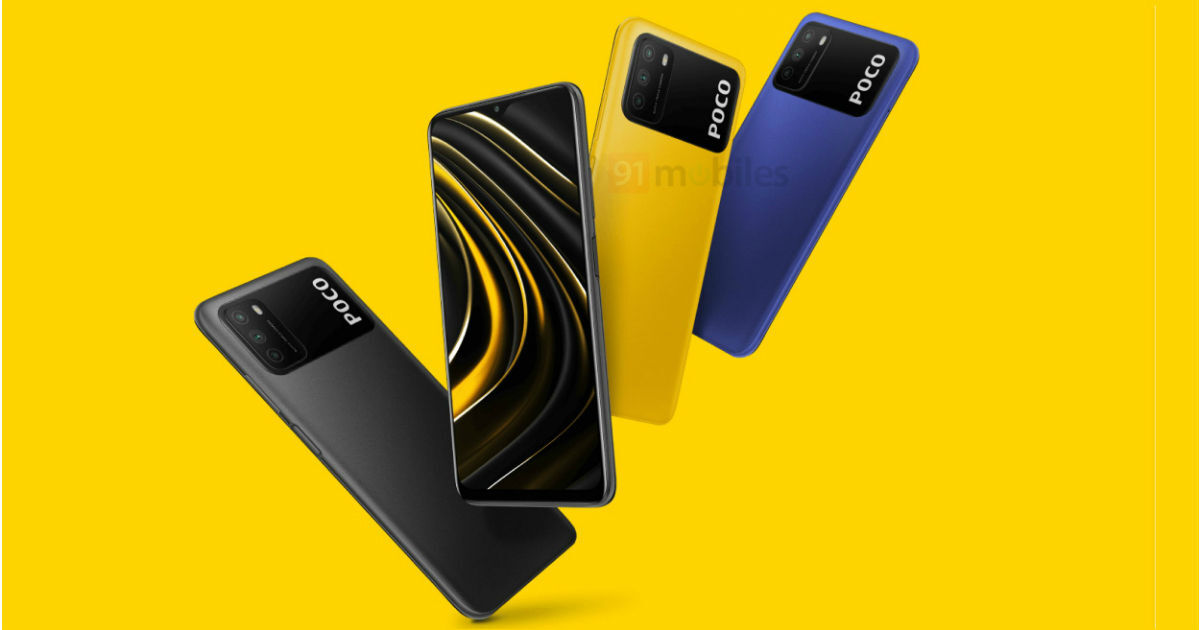 The device should come in black, blue and yellow colour options. The Poco M3 is having a water-drop style notch at the front housing the front camera. There should be a side-mounted fingerprint scanner below the volume buttons on the right.

As per the publication, the Poco M3 should feature a 6.53-inch FHD+ Display and should be powered by the Snapdragon 662 coupled with 4GB of RAM. The device should be backed by a huge 6,000mAh battery along with 18W fast charge support.

There should be a triple-camera setup on the rear with the primary sensor being a 48MP shooter. Details for other camera sensors still hasn't popped in a leak yet. The device should run on MIUI 12 based on Android 10.

The device is launching on 24th Of November in Europe which should further reveal the pricing and availability of the device officially.

Poco C3 vs Realme Narzo 20A: Battle in the Budget Segment