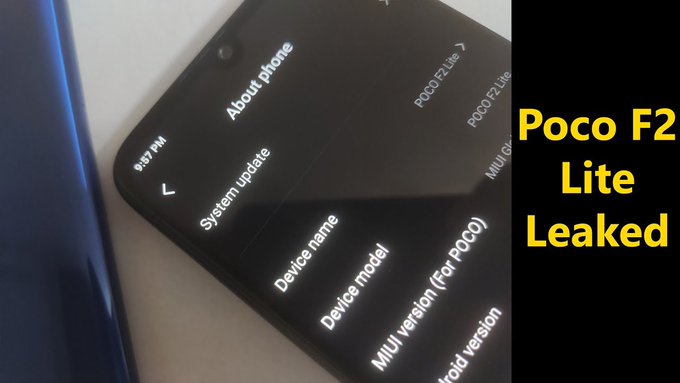 Poco F2 Lite will be powered by a Qualcomm Snapdragon 765 processor, which was launched by Qualcomm last year.

Xiaomi recently revealed that its sub-brand Poco is now an independent brand in India. This means that Poco will be a separate entity and it will be launching products without any intervention from its parent company Xiaomi. Now, just after the announcement, we got to know that Poco is already working on a new affordable smartphone.

Meanwhile, a new smartphone from Poco was spotted on Geekbench. The phone will be known as Poco X2. The smartphone is powered by a 1.80GHz octa-core chipset codenamed as “phoenixin”. The phone has 8GB of RAM and it runs on Android 10 operating system out-of-the-box. The phone has managed to score 547 and 1767 in single-core and multi-core tests respectively on Geekbench 5 listing.