Poco F1 to get Dark Mode with MIUI 11, confirms company 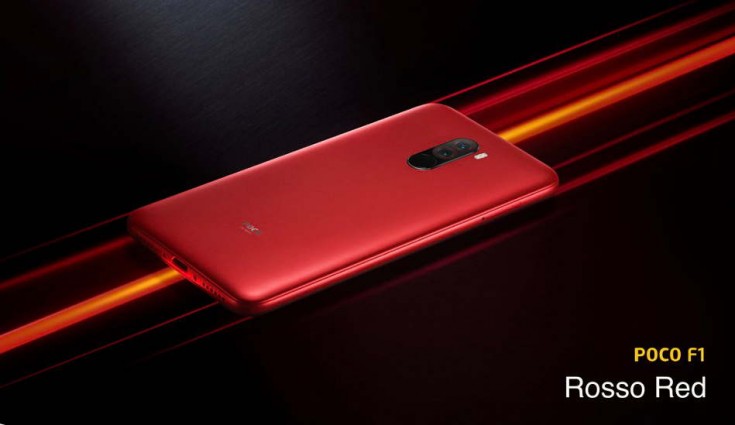 The company has revealed that the Poco F1 users will get the latest update with MIUI 11.

PocoPhone Global Head Alvin Tse has revealed this information while replying to a user comment. He further revealed why it took so much time for Poco F1 to get the new dark mode, while other Xiaomi smartphones already got the feature in the stable and beta versions. “RN7 Pro is testing out dark mode first as they have a much bigger user base. Once dark mode stabilizes, it’ll be ported to MIUI 11 which isn’t too far away,” Tse wrote.

However, he did not reveal any timeline of when the company will roll out the new update for its Poco F1 smartphone. We will update you when there is any official confirmation on the same.

Previously, the Poco F1 got a new update that comes with version number MIUI v10.3.5.0. The changelog reveals that the update brings the latest May 2019 Android security patch to the latest device. The update also brings customisable lock screen clock. This can be added by going to Settings > Lock screen & password > Advanced settings. However, the changelog reveals that the new lock screen clock will not work with third-party themes.

Poco previously announced a permanent price cut on the 6GB RAM + 128GB internal storage variant. The phone which was available for Rs 22,999 prior to this update has been brought down to Rs 20,999 after a Rs 2,000 price drop. The device can be bought in Rosso Red, Steel Blue and Graphite Black colour options.

Recollecting some key specifications, Poco F1 features a 6.18-inch Full HD+ display with a notch at the top. It does have 2246 x 1080 pixel resolution and 19:9 aspect ratio with 500nits brightness. A Qualcomm Snapdragon 845 processor. The phone is backed by a 4,000mAh battery with Quick Charge 3.0 support.

For the camera department, it has a dual camera setup with a combination of 12-megapixel primary Sony IMX363 sensor with dual pixel autofocus, with dual LED Flash, 1.4μm pixel size and a 5-megapixel secondary Samsung sensor. For the front, the smartphone has a 20-megapixel selfie camera along with support for IR face unlock feature.