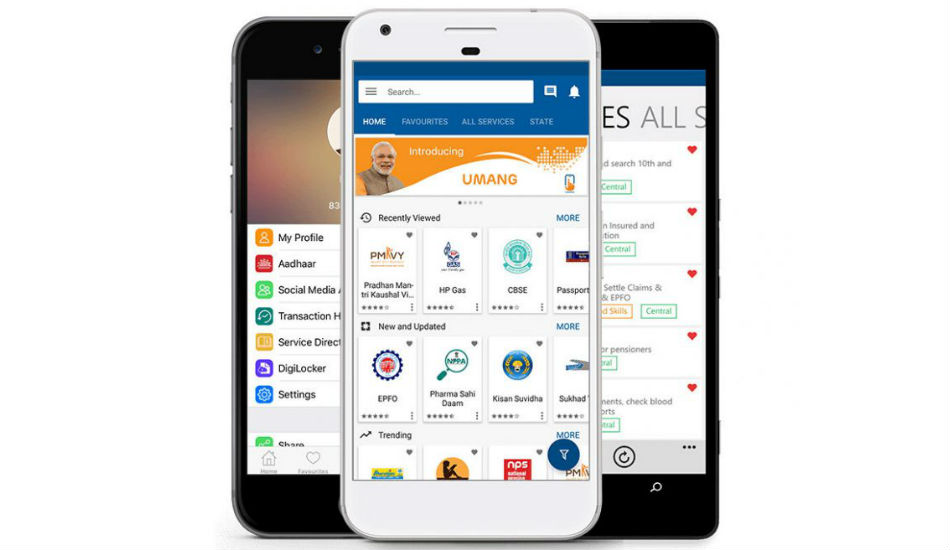 The application will basically allow users to access 162 services of 33 government department on a single mobile application.

Prime Minister Narendra Modi has announced the launch of a new e-governance app known as Umang (Unified Mobile Application for New-age Governance). The app is developed by Ministry of Electronics and Information Technology (MeitY) and National e-Governance Division (NeGD) and it will be available on Android, iOS, and Windows Phone platforms.

The application will basically allow users to access 162 services of 33 government department on a single mobile application. “Today, we launched the Umang Mobile App, which will provide over a hundred citizen-centric services. At the back-end, these services will be catered for by many different departments of the Union and State Governments. This integrated approach will add an automatic layer of ‘peer performance pressure’, in the working of these departments,” Prime Minister Modi said in a statement.

The app supports Aadhaar-based and other authentication mechanisms for service access. The sensitive profile data is saved in an encrypted format and no one can view this information. The application supports 13 Indian languages and the government has promised that soon it support feature phones without internet connectivity through USSD.