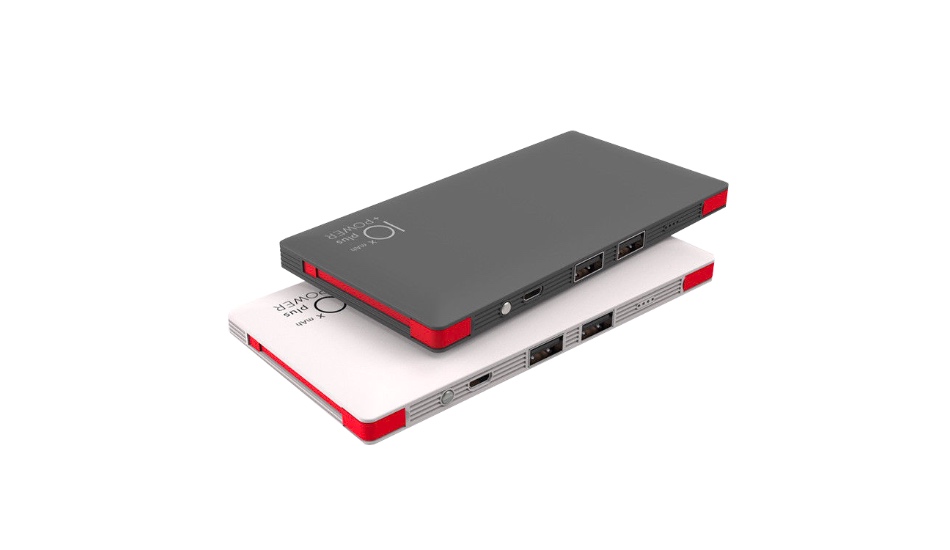 The major highlight of the power bank is that it features 2.4 A micro USB and 2.4 C-Type cables inbuilt or charging multiple devices.

Pebble, a power bank and mobile accessories manufacturer, has announced the launch of Pebble PB44, a 10,000 mAh power bank. Priced at Rs 1,499, the device is available through company’s official website and other e-commerce like Flipkart and Amazon India.

The major highlight of the power bank is that it features 2.4 A micro USB and 2.4 C-Type cables inbuilt for charging multiple devices. The PB44 is compatible with all iOS and Android devices, the company claims that it can charge an iPhone 7 almost 4 times and iPad mini 2 for 1.8 times full charges. This gadget comes with failsafe against short circuit, over-charging and over-discharging.

Pebble measures 7x70x135 mm and weighs 230 grams which makes it easier to carry it along anywhere. It comes with a four LED power indicator that gives information such as the amount of power left in the power bank for optimum usage.

It also sports two USB ports for multiple charging and also has an output of 5V/2.1A which enables fast charging making it perfect for emergency situations. The power bank has a Lithium Polymer battery that can charge fully in 3 hours and supports quick charge with 70-75 percent convention rate. Additionally, it has safety features – Short circuit protections, overcharging and over discharge protection that assures maximum user and device safety, as per company’s claim.