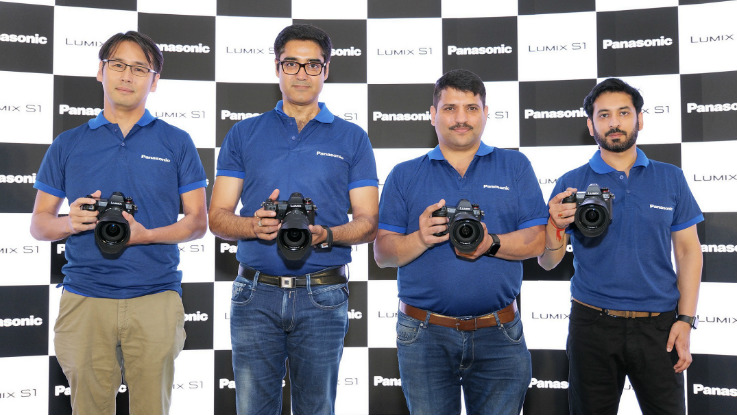 Panasonic has announced the launch of new full-frame mirrorless series of cameras in India. The brand has introduced Lumix S1 and Lumix S1R in the country.

Starting with the Lumix S1R, the mirrorless camera comes loaded with a 47.3-megapixel full-frame CMOS sensor. The camera is equipped with a high-resolution mode through which it is able to achieve a 187-megapixel ultra-high precision photo with a pixel shift technology shooting. The Lumix S1, on the other hand, features a 24.2 megapixel full-frame CMOS sensor and it also features a high-resolution mode that enables a 96-megapixel ultra-high photo.

The new mirrorless cameras from Panasonic comes with a maximum AF speed of 480 fps. The company claims that with contrast AF and DFD technology, the cameras provide high-speed AF of approximately 0.08 seconds. Both the models feature high burst shooting at 9 fps (AFS) or 6 fps (AFC). The models are equipped with artificial intelligence to analyze images and the cameras can recognize and accurately focus on the subject even if it is facing away. AI technology can recognize not only the human body but animals and birds.

The new models feature rugged design and the main structure is made of magnesium alloy. Both the models are water, dust and freeze resistant. The models are loaded with a 7. 4-V 3,050 mAh high-capacity battery can be quickly charged via USB PD using the bundled USB3.1 Type-C cable which also ensures high-speed data transfer.