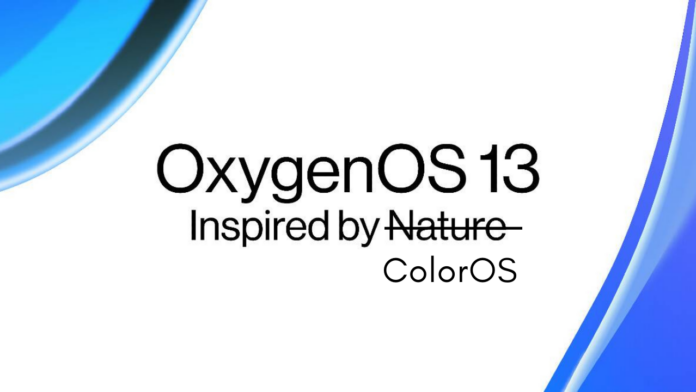 OnePlus started the OnePlus 10T 5G and OxygenOS 13 launch keynote by addressing the concerns its fans have had over the past couple of years and said, “You’ve let us know when you think we’ve lost our way. We hear you loud and clear”. When all hope was lost, the fans cheered again, thinking the OnePlus they once loved was making a comeback. However, disappointment soon followed when the OxygenOS 13 unveiling occurred, and everyone knew that OnePlus had maintained its streak of unkept promises.

To put things better in perspective, let me take you back a year when Pete Lau, CEO of OnePlus, announced OnePlus 2.0, where he said OxygenOS and ColorOS teams had been integrated into the OnePlus 2.0 phase and that both the operating systems will now become one unified OS starting this year. OnePlus, at that time, conveyed that this unified OS would combine the best of both worlds: the fast and burdenless experience of OxygenOS and the stability and rich features of ColorOS.

“We will customise the unified OS specifically for OnePlus devices to make sure it meets your expectations, for example, by keeping it as clean and lightweight as before and continuing to support unlock bootloaders”, said Lau. This is where OnePlus started digging a grave for OxygenOS. At the same time, plans for shelving the OS had already been unveiled when OxygenOS 12 was released, which was much closer to Oppo’s ColorOS than ever.

OnePlus said that the OnePlus 10 Pro, its 2022 flagship, would arrive with the UnifiedOS. However, it featured ColorOS 12.1 in China and OxygenOS 12.1 (based on ColorOS codebase) in India. No signs of UnifiedOS till January of 2022.

Back pedalling on the UnifiedOS plan

Fast forward two months later, in March, the company scrapped the UnifiedOS plans altogether because of the backlash from its community members. Where fans wanted the company to retain OxygenOS’ unique identity it lost with OxygenOS 12, OnePlus promised the same and announced that “OxygenOS and ColorOS will remain independent brand properties”.

“This new course was taken in accordance with feedback from our Community – we understand users of OxygenOS and ColorOS want each operating system to remain separate from each other with their own distinct properties”, the CEO of OnePlus said. The fans rejoiced as their feedback was listened to, and somewhere, everyone hoped that OnePlus would be bringing back the OxygenOS fans knew back in Android 10 and Android 11 days.

Read More: OxygenOS 12: NOT a breath of fresh air

Moreover, to strengthen everyone’s confidence in the company’s promise, it even said OxygenOS 13 would retain its “unique visual design”, which will be kept close to Stock Android and a range of exclusive customisation features, the keywords here being ‘Unique Visual Design’ and ‘Stock Android’.

“With OxygenOS 13, we want to deliver an experience that long-time OnePlus users will be familiar with while ensuring it upholds hallmarks of OxygenOS, like a fast and smooth experience, burdenless design, and ease of use”, were Pete Lau’s words.

A few months later, here we are with OxygenOS 13

On August 3rd, OnePlus took off the wraps from the much-awaited OxygenOS 13 and it seems like OnePlus straight up lied with its promises and/or claims. The OxygenOS 13 comes with ‘Aquamorphic Design’, which is nowhere near stock android. Not only that, but we also cannot see how this is a ‘Unique Visual Design’ when it is precisely what ColorOS 13 looks like.

From the notification shade to the settings app, OxygenOS doesn’t retain the unique visual design but the ColorOS-based design. You can look at the screenshots of ColorOS 13 in the above tweet and compare them with what OnePlus has teased. Not only that, but with OxygenOS 13, the brand also picked some of the features from ColorOS that it left in OxygenOS 12, including Omoji, various customisable patterns on AOD, and more.

Basically, this looks like what OnePlus had earlier planned to do with UnifiedOS and it maybe actually is UnifiedOS. While it remains to be seen how the operating system performs and how well the features that have been shown work, it still isn’t the ‘Close to Stock Android UI’ which OnePlus promised a few months back.

At the beginning of this article, we said that OnePlus continued its streak of unkept promises because this time it wasn’t able to deliver what it claimed to, and it has made similar moves in the past. One of its first promises back in the day was to keep OxygenOS as close to Stock Android as possible while being Bloatware-free, along with a bunch of customisation features.

With minor design changes, the ROM remained close to stock Android until OxygenOS 11. However, fans still accepted it because it was for good and most of all, it was unique. But the deviation from uniqueness to an OS found on a herd of Oppo phones isn’t something acceptable. So we had a bunch of complaints with OxygenOS 12, and it seems like history is about to repeat itself, more so than ever, with this year’s version of this operating system from OnePlus, or should we say Oppo.