OnePlus 10T 5G and OxygenOS 13 have been unveiled. 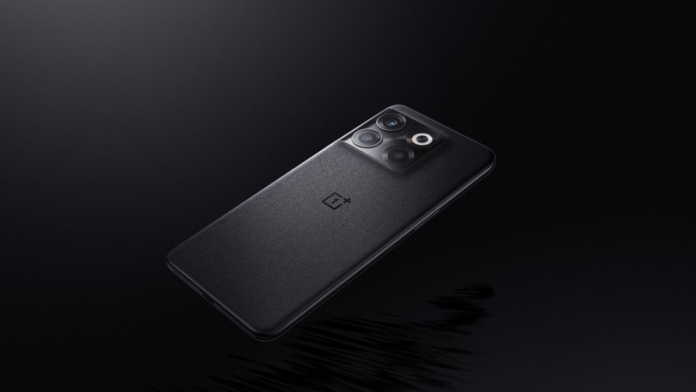 OnePlus has unveiled its latest flagship globally including India called the OnePlus 10T 5G which comes powered with the Snapdragon 8+ Gen 1 processor. At its price, the OnePlus 10T goes head to head against the iQOO 9T that was also launched just two days back. The OnePlus 10T is further backed by a 4800mAh battery with 150W charging support. The brand also unveiled what’s next to come for its software with OxygenOS 13.

The OnePlus 10T 5G price in India has been set at Rs 46,999 for the base 8GB RAM + 128GB storage variant while the 12GB RAM + 256GB storage model comes for Rs 54,999. The top-of-the-line 16GB RAM + 256GB storage variant has a price tag of Rs 55,999. The device will be available in two colour options — Jade Green and Moonstone Black. Preorders have already begun, while open sales start on August 6. However, the availability of the 16GB RAM variant is to be announced at a later date.

OnePlus 10T 5G comes with a 6.7-inch AMOLED FHD+ 120Hz display that produces a 360Hz touch sampling rate. Further, the display supports HDR10+, P3 colour gamut, 10-bit colour depth and has Corning Gorilla Glass protection. Under the hood, the phone is powered by the Snapdragon 8+ Gen 1 SoC, coupled with up to 16GB of LPDDR5 RAM and up to 256GB of UFS 3.1 storage.

The OnePlus 10T 5G has a triple-camera setup on the back headlined by a 50MP Sony IMX766 primary sensor with Optical (OIS) and Electronic (EIS) image stabilization. In addition to the main camera, the 10T 5G has a 119.9-degree 8MP f/2.2 ultra-wide camera, and a 2MP f/2.4 macro sensor. The company also confirmed that the phone will get the company’s new image clarity engine. The company claims that it offers faster photo capture and better details.

The device houses a 4,800mAh battery with support for 150W fast charging. However, inside the box you get a 160W SuperVOOC charger. The device also offers other features such as dual stereo speakers, Wi-Fi 802.11ax, Bluetooth 5.2, and NFC.  Lastly, it ships with Android 12 with OxygenOS 12.1 on top.

The latest version of OxygenOS brings an upgraded experience across the board – including improved customization, gaming, and connectivity. OnePlus is bringing changes to the always-on display (AOD) feature with OxygenOS 13, where it has introduced three new AOD user interfaces called Canvas AOD, Insight AOD, and Bitmoji AOD.

Moreover, the brand has partnered with Spotify to bring the app’s widget to the AOD screen so that users don’t have to unlock the phone to change tracks. Users will also have access to a “food delivery” widget in AOD mode which will show how far your food is. Further, updated AI Booster is claimed to offer 30 percent more fluidity, 20 percent faster app installation, and 10 percent faster app launches.

As for other UI changes, the app icons, notification windows, and widgets will now feature round edges rather than sharp ones. The task manager will now display the running apps with a floating effect. However, one can notice from the shared screenshots that the UI is nowhere close to Stock Android which the brand promised earlier.