Oppo Watch to come in Blue and Gold colour options 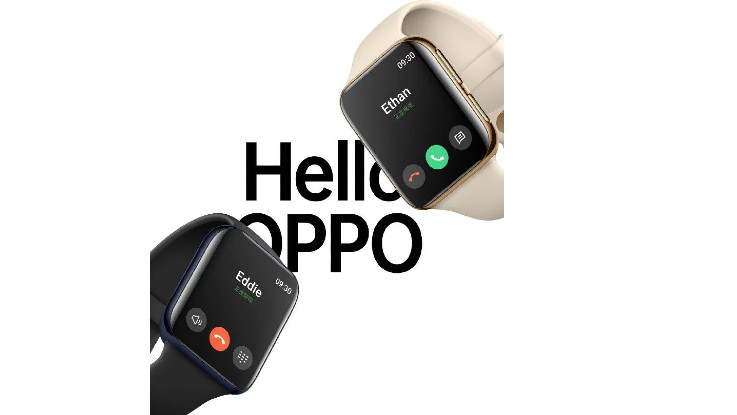 The company has revealed a new poster of the Oppo Watch, which reveals that it will be available in two colour options.

Oppo is all set to launch its first smartwatch, the Oppo Watch, on March 6. Now, just ahead of launch, key features of the upcoming smartwatch have been revealed online.

The company has revealed a new poster of the Oppo Watch, which reveals that it will be available in two colour options. There will be a Gold variant with a cream silicone strap and a Black variant with a black-colour silicone strap. The image also reveals that the smartwatch will come with a voice call function. This also means that the smartwatch will support e-SIM support as well.

Coming to the design, the image reveals that Oppo Watch will come with a curved screen design. There are two buttons on the right side, which will be used for navigation. That said, we will get to know more details about the upcoming smartwatch during the launch event.

The smartphone is loaded with a 6.4-inch Full HD+ Super AMOLED display with 20:9 aspect ratio and 91.5 per cent screen-to-body ratio. The smartphone is the world’s first smartphone to be powered by a MediaTek Helio P95 processor. The chipset is claimed to offer AI processing engine available for 4G smartphones, that supports stunning AI-camera actions. The phone is available in two options: 8GB RAM + 128GB internal storage and 8GB RAM + 256GB of internal storage.