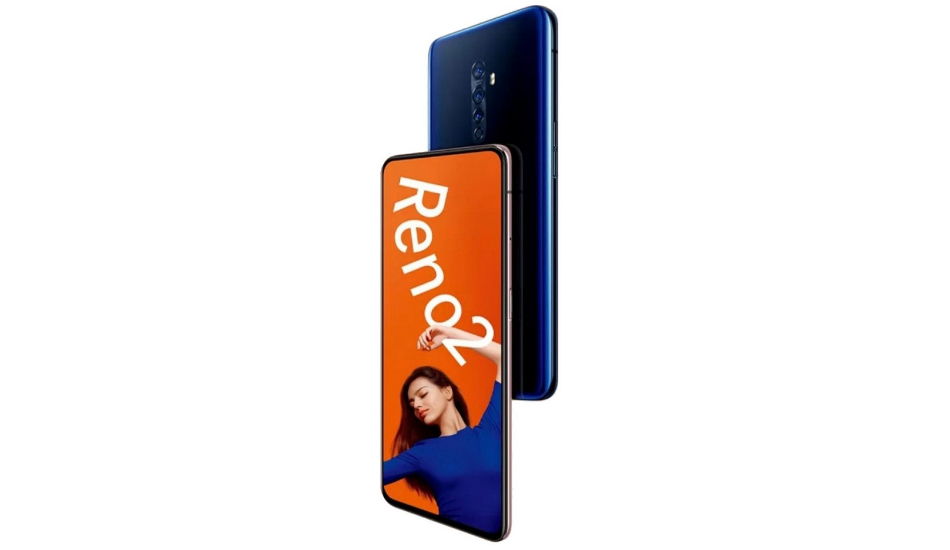 Oppo phone with model number CPH1907 that is believed to be the international variant of the OPPO Reno 2 has received approval from the Bluetooth SIG body.

Oppo is all set to launch its Reno 2 series in India on August 28. The phone will be launching in China on September 10. Now ahead of the launch, Oppo Reno 2 has got the Bluetooth certification from the Bluetooth Special Interest Group (SIG).

As per the report of NashVilleChatterClass, the Oppo phone with model number CPH1907 that is believed to be the international variant of the OPPO Reno 2 has received approval from the Bluetooth SIG body. The listing has also revealed some of its key specs which are inline with the earlier leaked specs. 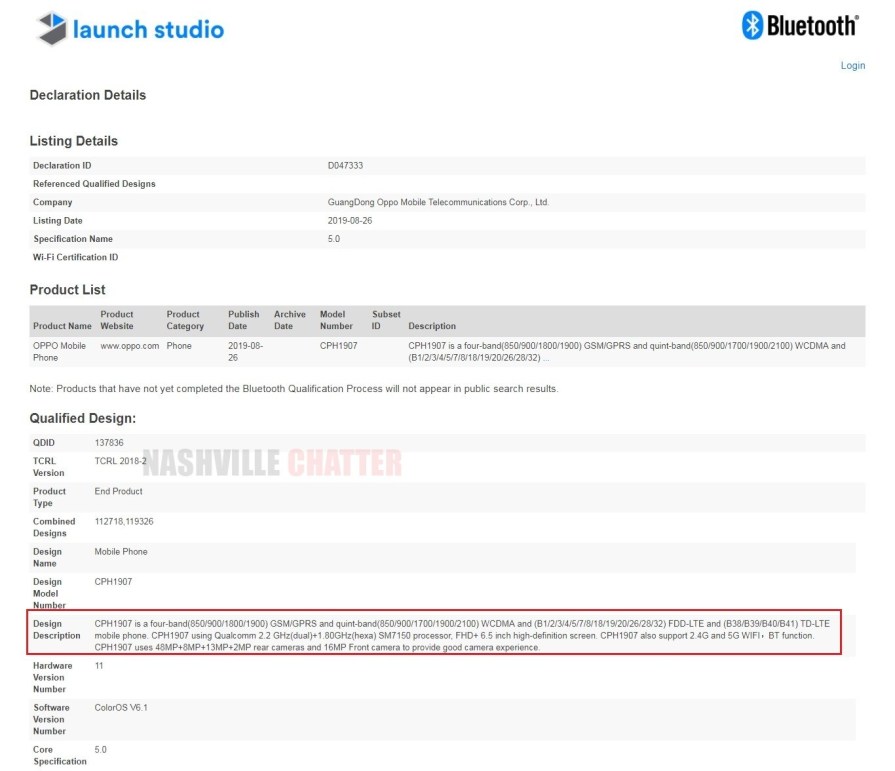 As per the Bluetooth listing, carries support Bluetooth 5.0 and dual-band Wi-Fi. The phone will feature a 6.5-inch display with full HD+ resolution and it will be powered by Snapdragon SM7150 SoC which is the internal name of the Snapdragon 730G SoC.

Oppo Reno 2 will be made available in Deep Sea Glow, Ocean Heart and Misty Powder colour options in China. In India, the smartphone will be coming in two colors – Ocean Blue and Luminous Black. The phone was also spotted on Antutu benchmarking website yesterday.

The Oppo Reno 2 will have 6.55-inches AMOLED Panoramic screen with 20:9 aspect ratio, 93.1% Screen to Body Ratio. The phone will also feature an in-display G3 optical sensor fingerprint unlocking technology. Under the hood, the device will be powered by the Snapdragon 730G octa-core processor. The smartphone will have 8GB RAM along with 256GB storage and will be backed up by a 4000mAh battery having VOOC Flash Charge 3.0 support with Type-C charging cable. Further, Reno 2 smartphone will also have a Frame Boost 2.0, Touch Boost 2.0, and Link Boost.