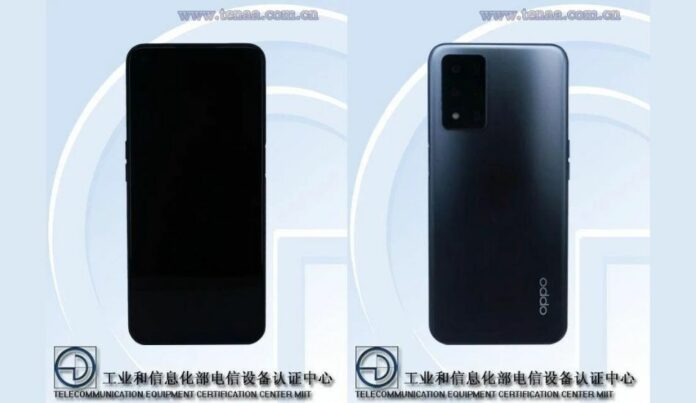 Oppo is working on a device that will have a triple camera setup at the back and will be powered by a 2.2Ghz octa-core processor.

Oppo is working on a device with the model name PFGM00 and the smartphone was spotted on China’s 3C certification website last week while today, the smartphone with the same model number also appeared on TENAA’s database revealing some of the key specifications of the smartphone.

The name for the smartphone still seems to be unknown yet but the TENAA listing reveals that the device is a mid-ranger and has a hole-punch design on the front to house the front cam. It gets you a triple camera setup on the back of the device placed inside a rectangular module. You also get a side-mounted fingerprint scanner.

The Oppo PFGM00 should sport a 6.5-inch TFT panel with full-HD+ resolution (1080 x 2400 pixels) and an aspect ratio of 20:9. The smartphone is powered by an unknown octa-core processor with peak clock speeds of 2.2GHz.

The phone should come in 6GB and 8GB RAM options along with three storage options including 64GB, 128GB and 256GB. This storage will be expandable via MicroSD card. The handset runs on Android 11 OS, presumably on top of ColorOS.