Oppo K9s to be announced on October 20, key features confirmed

Oppo K9s will be launched tomorrow. Ahead of the launch, the company has confirmed some of the key features of the smartphone. 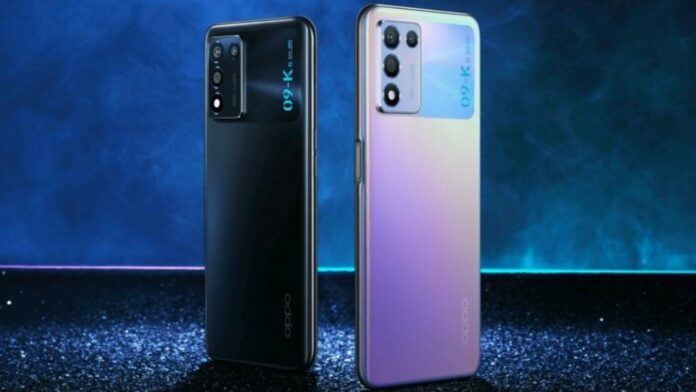 Oppo has confirmed that it will announce the Oppo K9s smartphone on October 20 at 2 PM (local time) in China. Now ahead of the launch, key features of the Oppo K9s have been confirmed by the company.

Oppo has confirmed that the Oppo K9s will come with a 120Hz refresh rate display. The phone will pack a Snapdragon 778G chipset and an X-axis linear motor. For the camera, the phone has been confirmed to sport a 64-megapixel triple rear camera setup.

In addition, the Oppo K9s will be backed by a 5,000mAh battery with support for 30W VOOC rapid charging. The bottom edge of the phone will have a 3.5mm audio jack, a USB-C port, a microphone, and a speaker grille.

As per previous leaks, the phone should sport a 6.59-inch FHD+ panel with a resolution of 1080 x 2412 pixels. The device will be powered by the Snapdragon 778G chipset. The device will be available in three colours such as Magic Purple Quicksand, Neon Silver Sea, and Obsidian Warrior.

The Oppo K9s will be coming with 128GB and 256GB storage options with 8GB or 12GB of RAM. The phone should also support storage expansion via MicroSD. It could be backed by a 4880mAh battery with 44W fast charging support.

As for optics, you should have a 64-megapixel + 8-megapixel + 2-megapixel triple camera setup. On the front, you should be getting a 16-megapixel selfie camera. The phone will run Android 11. There will be a side-mounted fingerprint scanner.

The device has been launched with up to 6GB of RAM and 50MP triple cameras. It has a hole-punch cutout on the front, housing the front camera. There’s an HD+ display, and the device gets power from a MediaTek Helio chipset.