Oppo Find X2 to be announced on March 6

It is also likely that the company will also announce Oppo’s new smartwatch on the same day.

The leaked invitation via Playfuldroid, reveals that Oppo Find X2 will arrive on March 6. It is also likely that the company will also announce Oppo’s new smartwatch on the same day. 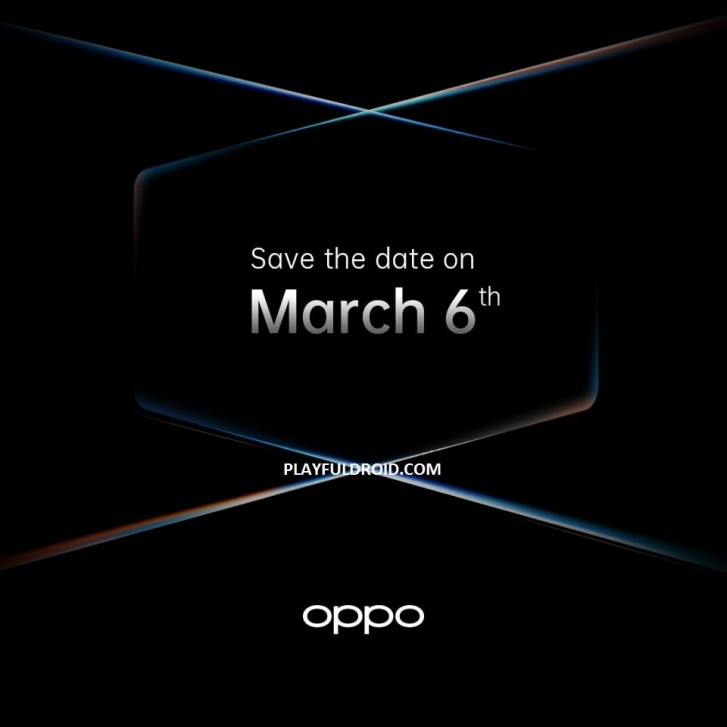 Oppo was scheduled to launch Oppo Find X2 on February 22 in Barcelona. But since this year MWC event has been canceled due to coronavirus outbreak, Oppo rescheduled its Find X2 launch event to March.

Find X2 is expected to be powered by a Qualcomm Snapdragon 865 processor backed by 8GB of RAM and 256GB of internal storage. The phone will come with 4065mAh battery and it is said to come with 30W wireless charging and 65W Super VOOC 2.0 wired fast charging support.

The phone will run on Android 10 with company’s custom user interface ColorOS 7 running on top of it. On the connectivity front, it will support Wi-Fi 802.11 a/b/g/n/ac, Dual-band, Wi-Fi Direct, Wi-Fi hotspot, Bluetooth 5.0, USB Type-C port, dual-SIM and more.