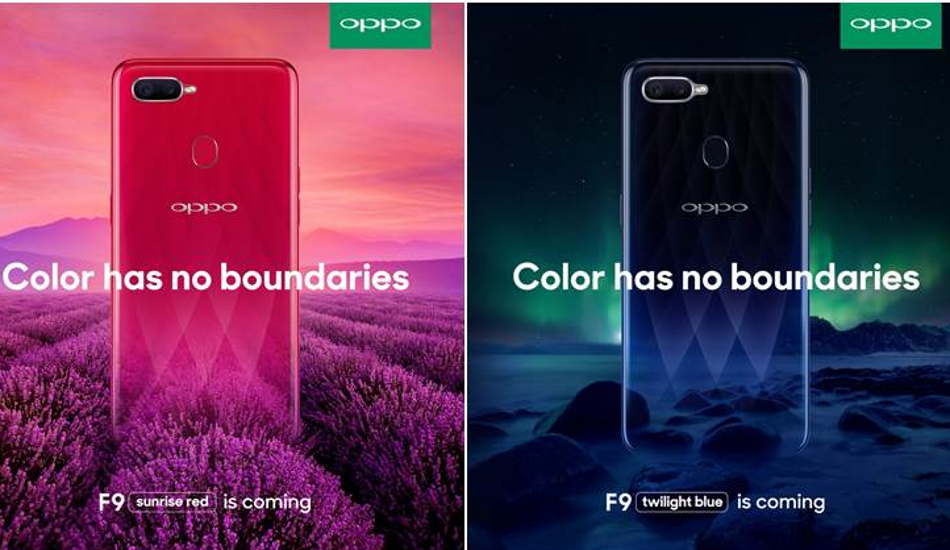 Oppo F9 will have a VOOC Flash Charge fast charging technology to offer 2 hours of talk time with just 5 minutes of charging.

Oppo will be launching Oppo F9 in Vietnam on August 15. Now the smartphone has surfaced on the Geekbench benchmarking site with model number CPH1823. The listing has revealed some of the specs of Oppo F9 which are inline with the recently leaked specifications of the smartphone. 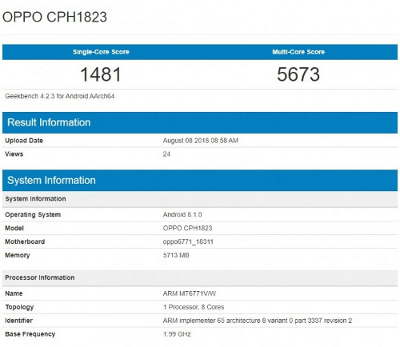 As per the GeekBench listing, Oppo F9 will run on Android 8.1.0 Oreo operating system and it will be powered by 1.99 GHz MediaTek Helio P60 octa-core processor. For storage, the listing shows 6GB of RAM. In the listing, the Oppo F9 Pro scored a single-core 1481 points while a multi-core score shows 5673 points.

Oppo will be launching Oppo F9 as Oppo F9 Pro in India for which we already have seen official teasers from the company. The Oppo F9 was spotted yesterday on the Vietnamese website with its full specifications and pricing details. The smartphone is likely to be priced around Rs 25,000 in India and will compete with smartphones like Honor Play 6GB, Asus Zenfone 5Z 64GB and Nokia 7 Plus which are priced at 23, 999, Rs 29,999 and Rs 25,999 respectively.

The recent listing says that the smartphone will run on Android 8.1 Oreo with 3500mAh battery with VOOC flash charging. The company claims to offer 2 hours of talk time with just 5 minutes of charging.

It will be powered by MediaTek Helio P60 2GHz octa-core processor coupled with 4GB RAM + 64GB storage and 6GB RAM + 128GB storage. Both the variants will support up to 256GB external memory card slot.