Oppo F5 Youth to launch in India on December 8 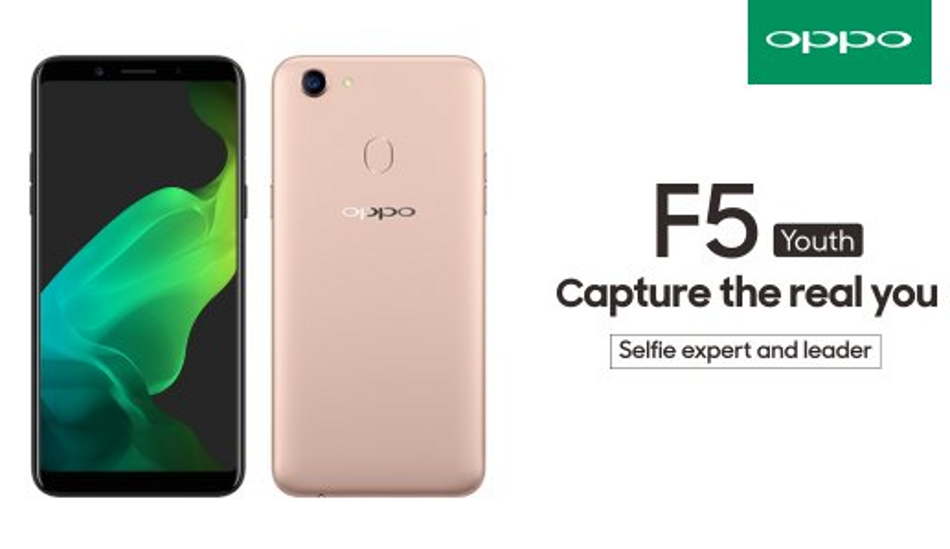 Oppo F5 was launched in India last month in two variants – 4GB RAM with 32GB internal storage and 6GB RAM with 64GB internal storage priced at Rs 19,990 and Rs 24,990 respectively. Besides, these two, the company also announced Oppo F5 Youth edition which was said to be available in December.

Now Oppo India has confirmed that Oppo F5 Youth edition will be launching in India on December 8 on its official Twitter handle. However, there is no word on its pricing and availability details.

We bring another stunning phone #OPPOF5Youth for you. The revolutionary technology and irresistible looks make it a sure shot win. It is coming out on 8 Dec.’ 17. Stay tuned to know more! #CaptureTheRealYou pic.twitter.com/wkTwbc2C9l

Oppo F5 Youth edition boasts a 3200 mAh battery. It has 3GB RAM and 32GB of internal storage that can be expanded up to 256GB using a micro sd card. The device runs the company’s ColorOS 3.2, which is based on Android 7.1 Nougat. For connectivity, there is dual-SIM, 4G, Wi-Fi, Bluetooth, GPS, and OTG support.

Share
Facebook
Twitter
WhatsApp
ReddIt
Previous articleGoogle Pixel 2 at Rs 39,999 on Flipkart, OnePlus 5T at Rs 37,999 on Amazon: Which one should you choose?
Next articleSHAREit says it is not a spyware or malicious app
RELATED STORIES