Except for storage, the specifications for the Oppo F15's new variant will remain the same as of its 8GB RAM + 128GB storage variant.

Oppo has launched a new 4GB + 128GB variant of Oppo F15 smartphone in India. The new variant of the Oppo F15 is priced at Rs 16,990 and is available in Lightening Black and Unicorn White colours.

To recall, Oppo F15 was launched in India earlier this year in a single 8GB RAM + 128GB storage. Oppo F15 4GB RAM variant is now listed on Amazon India but is out of stock at the moment. The launch of the latest variant of the Oppo F15 was posted by Mahesh Telecom on Twitter.

Oppo recently launched Blazing Blue colour variant of Oppo F15 at Rs 18,990. It comes in a single 8GB RAM + 128GB storage and is available for purchase through both Amazon and Flipkart.

Except for storage, the specifications for the Oppo F15’s new variant will remain the same as of its 8GB RAM + 128GB storage variant. 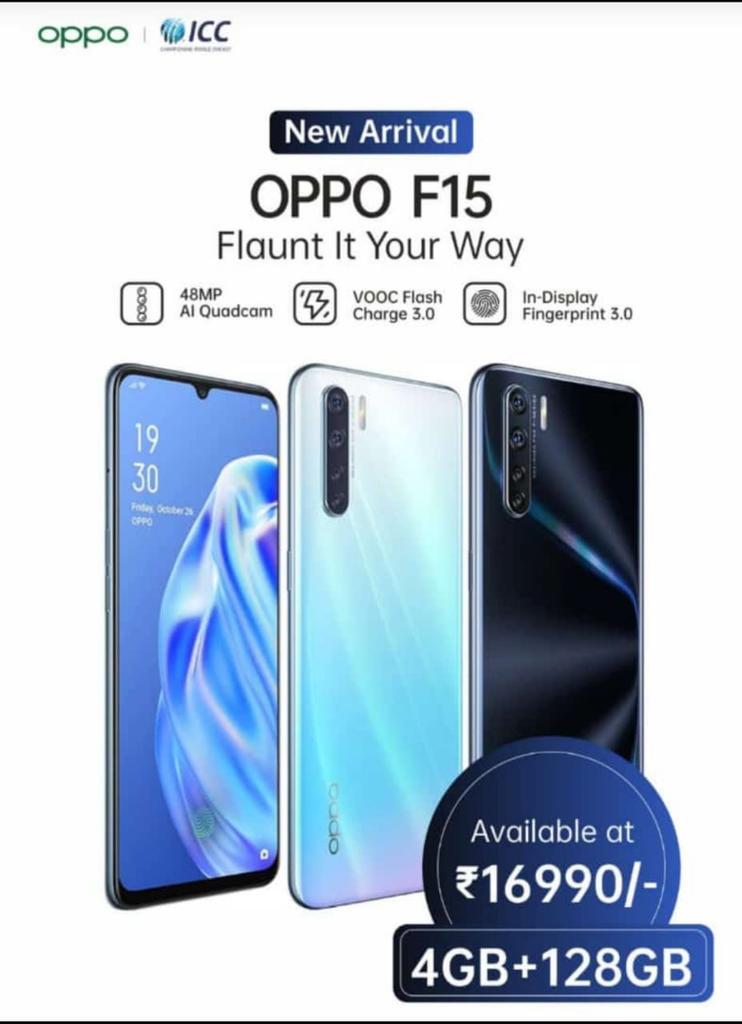 Oppo F15 features a 6.4-inch AMOLED full HD+ display with 1080×2400 pixels resolution, 90.7% screen-to-body-ratio, Corning Gorilla Glass 5 and 20:9 aspect ratio. It has a quad rear camera setup with that includes a 48-megapixel primary sensor with an f/1.79 lens, an 8-megapixel secondary sensor with an f/2.25 ultra-wide-angle lens, and two 2-megapixel sensors for capturing portrait and monochrome shots, with f/2.4 lenses. Up front, it has a 16-megapixel selfie camera with f/2.0.

The phone is powered by MediaTek Helio P70 chipset paired with Mali G72 MP3 GPU and 4GB of RAM and 128 GB of internal storage. There is a microSD card slot for more expandable storage upto 256GB. There is also an in-display fingerprint sensor. The smartphone runs Android 9.0 Pie operating system topped with the company’s own ColourOS 6.1.2. It is backed up by 4,000mAh battery with VOOC 3.0 fast charging technology.