Oppo A94 gets certified, to feature 30W wired charging 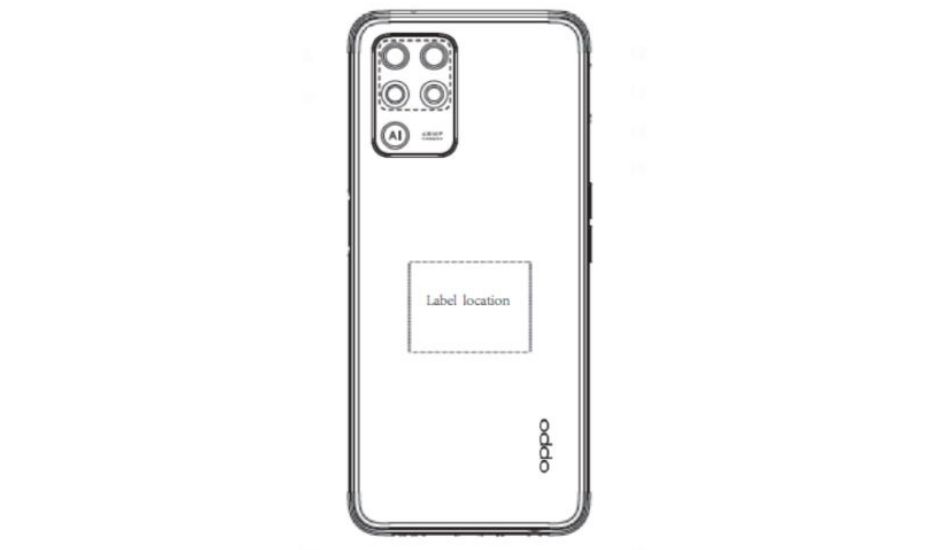 The Oppo A94 has been certified on NBTC website and CQC website as per which, it should support 30w wired charging.

Oppo is working on a new budget smartphone that should be called the Oppo A94. The upcoming Oppo A94 will supposedly be a 4G smartphone. The smartphone with the model number CPH2203 was spotted on Singapore’s IMDA about 2 weeks ago. 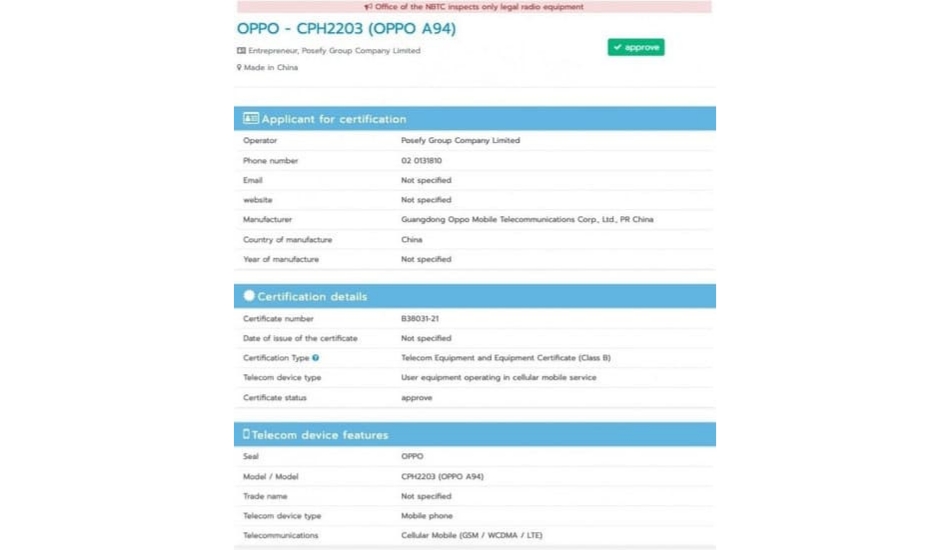 The smartphone has now bagged the NBTC certification that just reveals about the connectivity spec of the smartphone. As per the listing, the device will only support 4G LTE connection and not 5G. 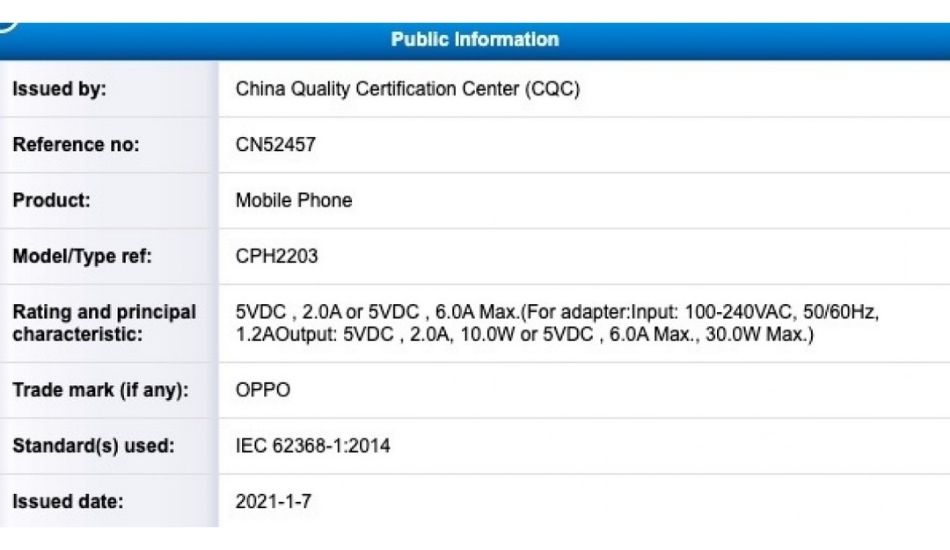 The Oppo A94 was also spotted on China’s CQC website which reveals that it will support 30W fast wired charging. This listing also bears the model number CPH2203 which confirms it is the Oppo A94.

An Oppo smartphone with the model number CPH2205 that was spotted on Geekbench also, which revealed the chipset, RAM, and more information about the device seems to be a variant of the Oppo A94. This smartphone was also spotted on the FCC website a few days ago.

The FCC listing revealed the specifications as well as the rear design of the phone which seems to have a square camera array on the back housing triple cameras along with a flash. It should sport a 48MP AI triple camera, have a 4310mAh battery, dual-band Wi-Fi and run on ColorOS 11.1.

As per the Geekbench listing, the device will be powered by the AMR MT6779/CV processor, which is the MediaTek Helio P95 SoC. It will be coupled with 6 gigs of RAM and seemingly reconfirm that the device will run on Android 11 OS.