The renders of the upcoming Oppo A55 4G have surfaced online which show the device from all angles. It could have a triple camera setup at the back. 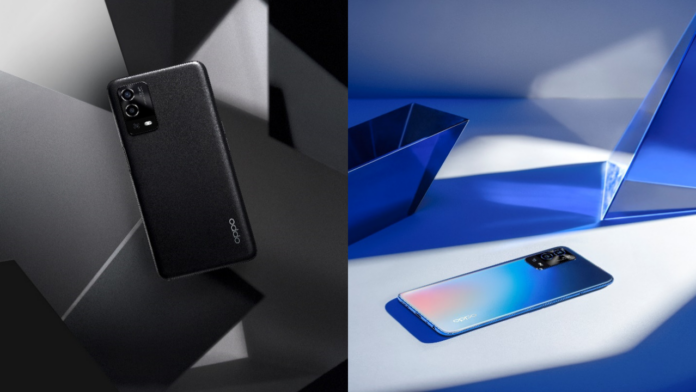 Oppo A55 5G was launched by Oppo back in January and it seems like a 4G variant is now in tow. The Oppo A55 4G has now appeared in official-looking renders which suggest the smartphone will come in two colours. These would include a Starry Black kind of colour and a Gradient Blue.

The leak comes from known tipster Evan Blass which suggest that the Oppo A55 has a traditional-looking front panel. There’s a punch hole at the top left that houses the front camera. On the left, there seem to be the volume buttons while at the right we get the power button that should also double as a fingerprint sensor.

In addition, the Oppo A55 4G can be seen having a triple camera setup at the back. This will be lead by a 50-megapixel sensor as per the render. The details for the rest of the two sensors remain unknown as of yet.

Earlier reports have suggested that it could be backed with a 5,000mAh battery with support for 18W fast charging. However, a leak regarding the detailed specifications of the device is yet to arrive. There’s not much known as to what SoC will power the Oppo A55.

In a previous report, Oppo has been speculated to launch this device in India this month. In all likelihood, the device will launch by the end of this month. Talking about the 5G variant, the Oppo A55 5G comes with a 90Hz refresh rate on a 6.5-inch HD+ display with 1600 x 720 pixels resolution. Further, the display has a 60 Hz refresh rate, 88.7% screen-to-body ratio and a peak brightness of 480 nits.

The smartphone is powered by a MediaTek Dimensity 700 chip with a clock speed of 2.2GHz. It comes with 6GB of RAM and 128GB of storage.