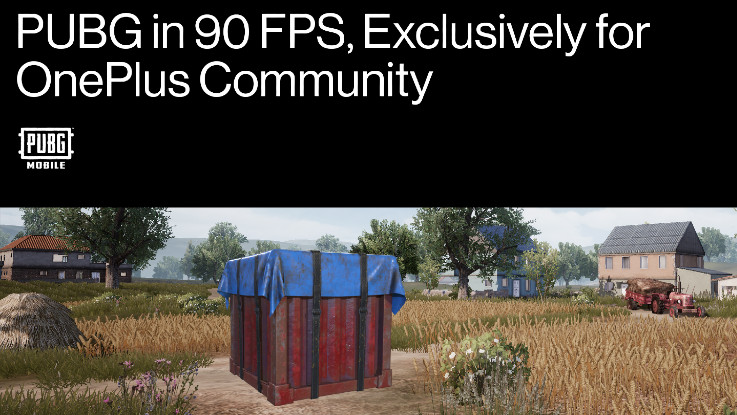 The company has revealed that OnePlus users will get exclusive early access support for 90fps in the game.

OnePlus has announced its partnership with PUBG Mobile to bring a new feature to the battle royale game. The company has revealed that OnePlus users will get exclusive early access support for 90fps in the game.

With this, OnePlus users around the world will get to experience PUBG Mobile in 90fps. However, the brand has revealed that the feature is not available in Mainland China, Japan and Korea. The company has revealed that the 90fps support will be available to OnePlus 8 series, OnePlus 7T series and OnePlus 7 Pro smartphones. Users can enjoy the 90fps from August 6 to September 6. The 90fps support will make the gameplay smooth and users will be able to perform other features faster and better as compared to the normal 60fps support present on other smartphones.

“OnePlus is very close to our community of tech enthusiasts, so we know that mobile gamers are looking for a more immersive and smoother experience. That’s exactly what we are delivering with this exclusive 90 FPS experience with PUBG MOBILE, one of the world’s most downloaded mobile games,” said Pete Lau, Founder and CEO of OnePlus. “We will continue pushing mobile gaming to new levels through our industry-leading displays, powerful performance, and fast and smooth overall user experience.”

OnePlus users (OnePlus 6 and newer) are now able to download Fortnite via “One-touch” easy installation of the Epic Games App exclusively through the “Game Space” application. OnePlus users with the OnePlus 7, OnePlus 7 Pro, OnePlus 7T and OnePlus 7T Pro can play Fortnite at a maximum of 60 FPS.