OnePlus’ new update policy falls in line with Samsung’s, but are they truly the same? 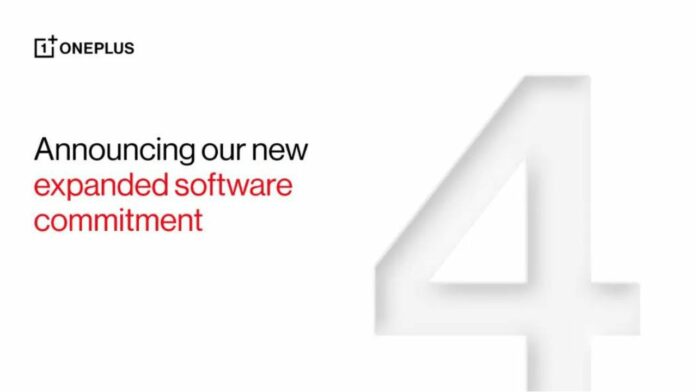 OnePlus has followed the footsteps of Samsung and has now become the second manufacturer to announce that it will give 4 years of OS upgrades to some of its smartphones. With this announcement, OnePlus has also trumped Google regarding the number of OS upgrades provided for their smartphones. However, there’s a catch, and if you are a OnePlus user, you shouldn’t get too happy just about yet. Read on to know more.

OnePlus made the announcement via its own forum, where it said that starting from 2023, it’ll be offering four generations of OxygenOS upgrades and five years of security updates on selected devices. The key terms here are ’selected devices’. Now, the company hasn’t confirmed what segment of smartphones these terms umbrella.

Moreover, there’s no information on whether the brand’s previous flagships, such as the OnePlus 10 series and 9 series, are included under the new software policy or not. If OnePlus is really wanting to follow Samsung, it should include at least the OnePlus 10 series in this policy, as Samsung included its Galaxy Z Fold 3, Z Flip 3, Galaxy S21 series devices under the 4 years OS upgrades policy when it announced the same with Galaxy S22 series earlier this year.

In addition, Samsung has included some of its Galaxy A-series devices as well under this policy. Again, OnePlus hasn’t made it clear whether the Nord series would get the same treatment as its flagships, which should presumably be the smartphones that would be included in this policy.

”As a user-oriented company, we do everything we can to enhance our user experience. With more users keeping their devices for longer, we want to ensure we can offer that possibility. This new update policy will give you access to the latest security and newest features required to power OnePlus’ signature fast-and-smooth experience throughout the lifetime of the phone,” said OnePlus in the forum post.