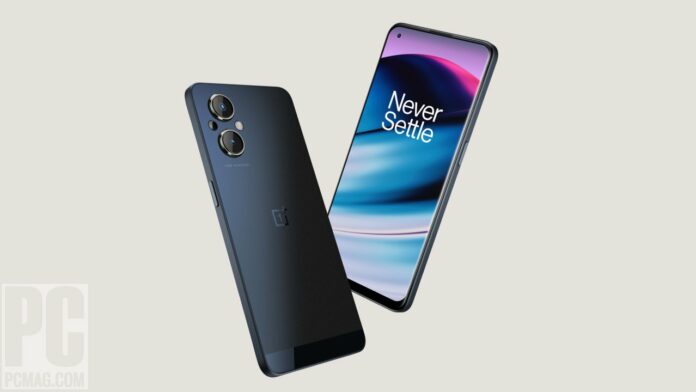 The leak says that the upcoming OnePlus phone will come with a 6.43-inch AMOLED FHD+ punch-hole display that will offer a 60Hz refresh rate. In addition, the device will also feature an in-display fingerprint scanner.

Further, the phone will be equipped with a triple rear camera setup with an LED flash. Besides, it is said that the phone will feature a 64MP primary camera. At the back, there is OnePlus logo as well.

Based on the design of the smartphone, OnePlus Nord N20 5G will likely be a rebrand of Oppo F21 Pro launched in India recently. The phone could sport an octa-core Snapdragon 695 chipset, 48MP dual-cameras, as well as OxygenOS 11 based on Android 11.

Meanwhile, OnePlus 10 Pro flagship smartphone was recently launched in India. The handset has been launched in India in two variants. The 8GB + 128GB storage variant is priced at Rs 66,999. The premium 12GB + 256GB storage model comes at Rs 71,999. The phone comes in Volcanic Black and Emerald Forest colours.