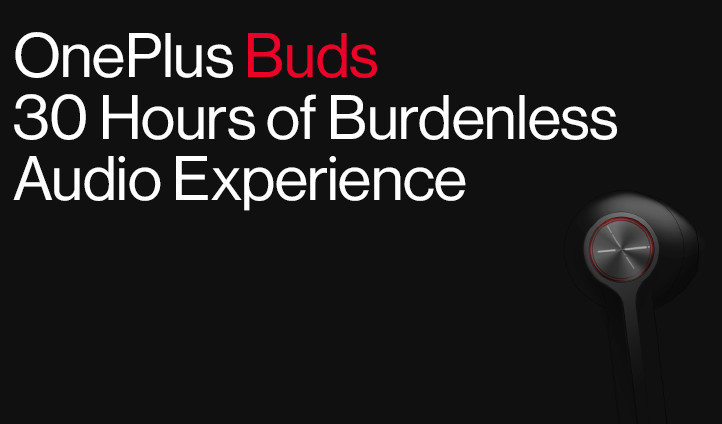 OnePlus Buds will get a battery life of 30 hours. Each earbud can individually support 7 hours of continuous playback on a single charge

OnePlus Buds wireless earbuds will be launched in India on July 21. Now ahead of the launch, the company is offering up some new details. OnePlus Buds have been confirmed to launch with 30 hours of battery life.

OnePlus Buds will get a battery life of 30 hours. Each earbud can individually support 7 hours of continuous playback on a single charge. After that, you’ll need to drop them back in the case. OnePlus Buds will feature a more ergonomic half-in-ear design to make sure they sit securely in most people’s ears.

The blog post also reveals that each earbud is 4.6g while the charging case is just 36 grams, so they’ll never be a burden in your pocket. OnePlus Buds will also feature ultra-low latency gaming mode and will work as seamlessly as possible with OnePlus phones. For instance, when in gaming mode on your OnePlus device, the OnePlus Buds achieve ultra-low latency, approaching the speed of wired headphones.

The wireless earbuds will be launched alongside the upcoming OnePlus Nord smartphone on July 21. They will be available for purchase from the Amazon India after launch.