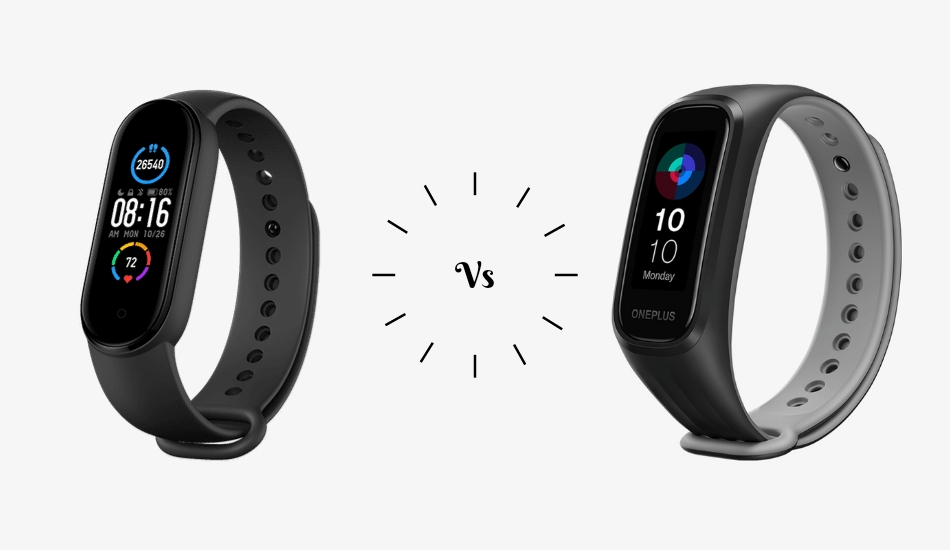 OnePlus has launched its first ever wearable, that competes directly with Xiaomi's Smart Band 5.

OnePlus launched its first ever wearable in India, the OnePlus Fitness Band that is priced at Rs 2499, identical to the Mi Smart Band 5, which is the main competition of OnePlus.

While both the devices are aimed at providing you with all the fitness features for your health, they do differ in some aspects and we are here to help you choose regarding which one of them will provide you the best value for money as they are priced identical to each other. 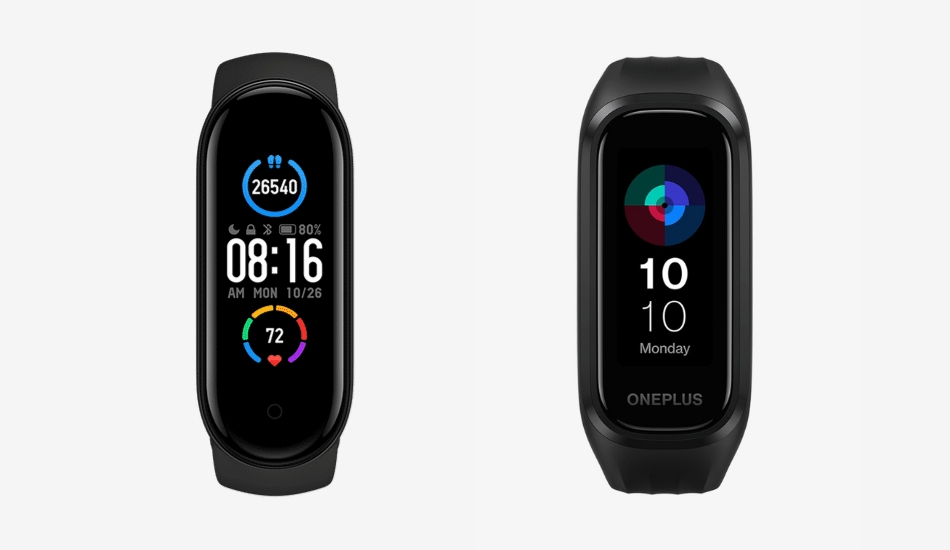 The OnePlus Band and the Mi Smart Band 5 both sport a 1.1-inch AMOLED display with the same resolution at 126 x 296 pixels. Both of them are touch operated and have adjustable brightness.

Both the fitness bands will also offer an array of watch faces and with this, it seems like they both are on the same page when we talk about the display. This means the experience of both of them will be pretty similar.

If we talk about sensors, both have them have 3-axis accelerometer and gyroscope along with a vibration motor and a heart rate sensor. Both of them have additional features like sleep monitoring, notification alerts with vibration, OTA upgrades, etc. 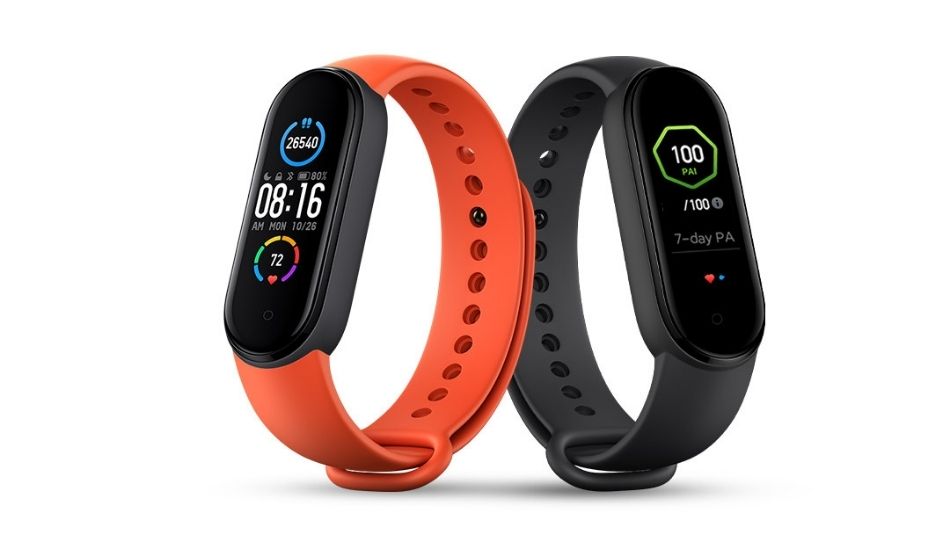 The things they differ at are the inclusion of SpO2 sensor and Women’s health tracking for recording and reminding during the menstrual cycle. While the Mi Smart Band 5 doesn’t come with a Blood Oxygen Sensor (SpO2) the OnePlus Band does. And the Mi Smart Band 5 has a feature for keeping a track of the menstrual cycle for Women and OnePlus doesn’t mention any such feature in their wearable.

One will have to choose as per their priority as the Mi Smart Band 5 should be more appropriate for Women while the Blood Oxygen Sensor has also become a necessity in the newer wearables. 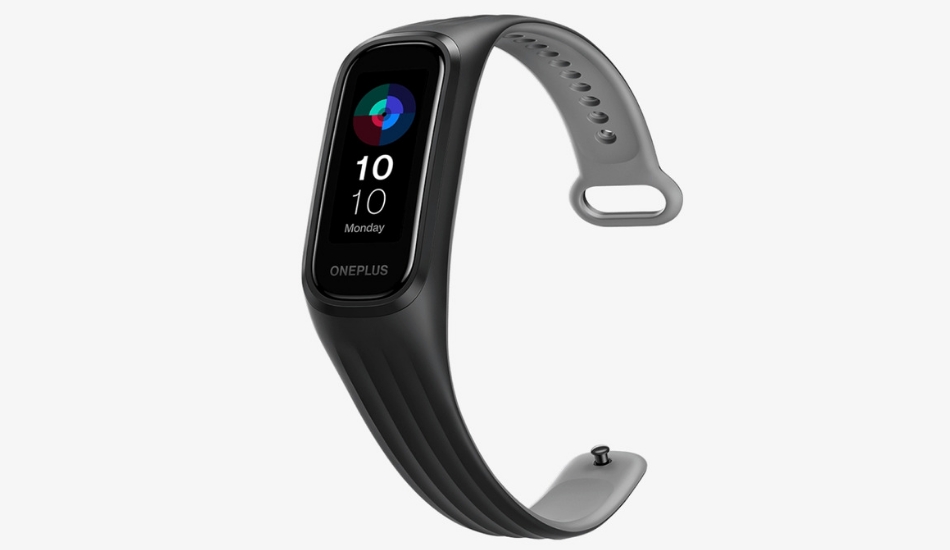 OnePlus Band here wins in this aspect as it includes two additional sports modes, cricket and badminton which the Mi Smart Band 5 doesn’t.

Both of them have Bluetooth 5.0 and are 5ATM rated making them water-resistant up to 50 meters. 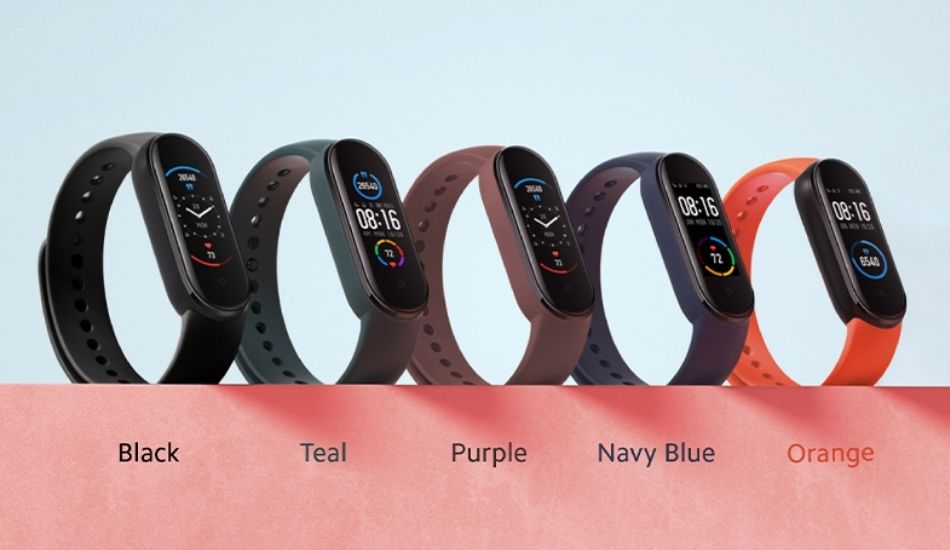 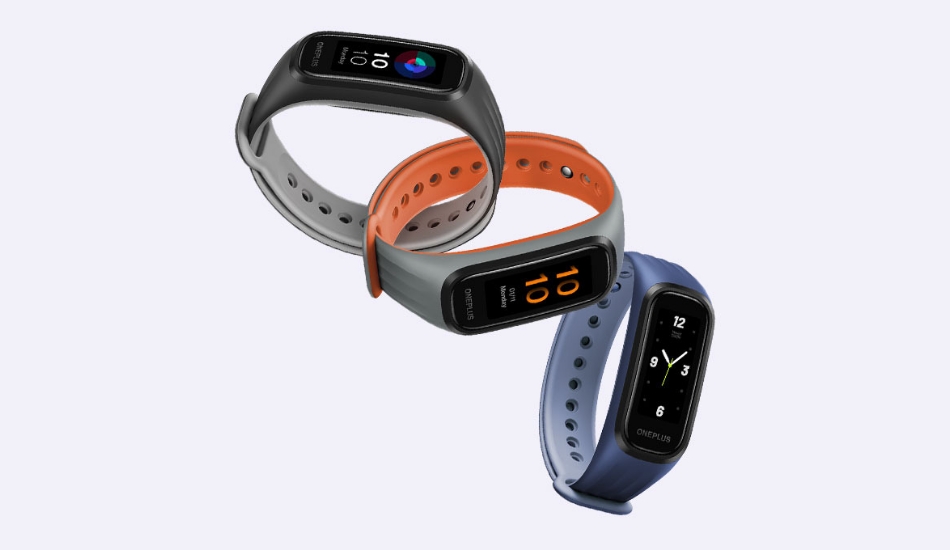 The Mi Smart Band 5 comes with 5 different colour strap options while the OnePlus Band has only two additional straps. The straps for the Mi Band 5 cost Rs 299 and the straps for OnePlus Band cost Rs 399 which makes Xiaomi’s competitor the winner in this segment.

We can see that the differences between the two are very less but significant. These differences can be a deal breaker for some. While the Mi Smart Band 5 should offer you a better battery life with Women’s health tracking and more strap options, the OnePlus Band can measure Blood Oxygen with two additional sports modes compared to the Mi Smart Band 5.

Both the wearables have their own advantages and disadvantages but the only feature we can observe because of which the Mi Smart Band 5 has a slight edge over the OnePlus Band is a bigger battery.