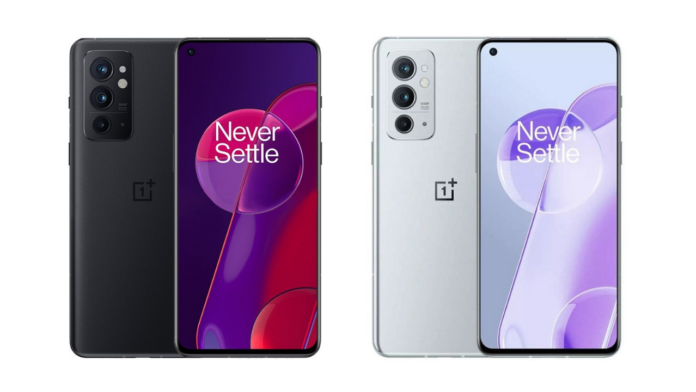 OnePlus 9RT is supposed to be the last smartphone from OnePlus for the year 2021. The OnePlus 9 RT has now been leaked in almost every aspect, be it colour variants, detailed specifications, or the looks of the smartphone. The device is supposed to come in two colour options.

OnePlus have confirmed the smartphone to arrive in two colours, including Hacker Black and Nano Silver. OnePlus also confirmed via teasers on Weibo that the device will have a 4500mAh battery along with 65W fast charging. Further, OnePlus confirmed that the 9 RT will come with support for a 600Hz ultra-sensitive touch display. It will also pack support for extremely low screen latency. This will be the first OnePlus device to feature such a low latency panel. This should help gamers for a better experience.

OnePlus also confirmed Snapdragon 888, LPDDR5 RAM, UFS 3.1 storage and 120Hz E4 display for OnePlus 9 RT. There will also be a larger Vapor Cooling chamber for better heat dissipation. Moreover, you will get up to 7GB of virtual RAM that is found in other Oppo devices as well including the Reno6 Pro 5G. The device will launch in China on 13th October with sale beginning from 19th October. For the specifications, the leak comes from tipster Yogesh Brar on Twitter.

The OnePlus 9 RT will sport a 6.55-inch E4 sAMOLED full-HD+ display with a hole-punch design and a 120Hz refresh rate. It will also have support for HDR10. In addition, it will pack an octa-core Qualcomm Snapdragon 888 SoC. Furthermore, you will get 8GB/12GB of LPDDR5 RAM and up to 256GB of UFS 3.1 storage.

In addition, the tipster notes that the OnePlus 9 RT will sport a triple-camera setup on the back. As per the leaked specifications, the 9 RT from OnePlus will feature a 50-megapixel primary Sony IMX766 camera sensor, an 8-megapixel ultra-wide shooter, and a 2-megapixel mono shooter. On the front, you’ll get a 16-megapixel IMX471 selfie sensor.

A 4500mAh battery will back it with support for 65W fast charging. Moreover, Brar says it will have a starting price of ¥3,099, which converts to approximately Rs 36,000. He says that details for the Indian variant will arrive later this month. Furthermore, the device will be made available only in China and India for purchase as per the tipster.