OnePlus 8 Pro vs Mi 10: Which flagship phone worth buying? 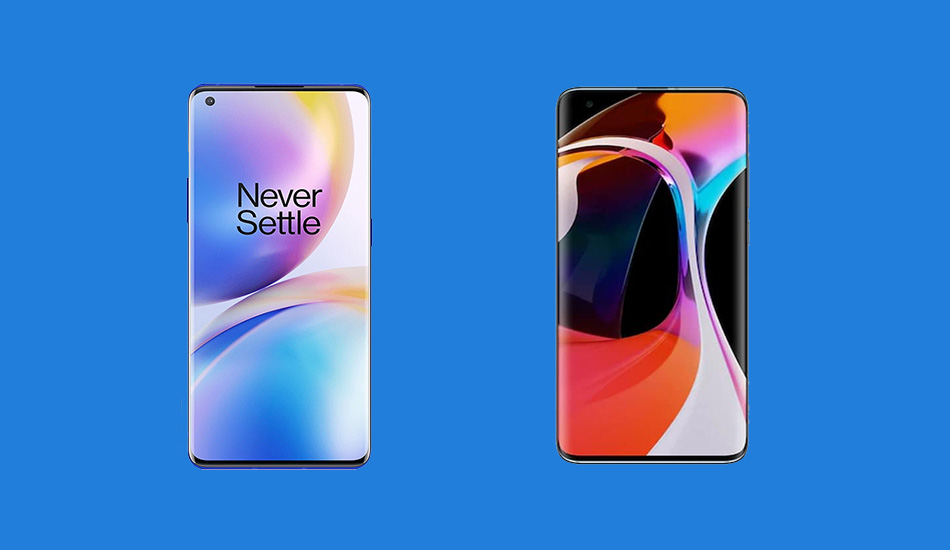 Both these phones support 5G connectivity and promise host of features for the money.

OnePlus and Xiaomi are set to battle in a new price segment in India with the 8 Pro and Mi 10 respectively. Both these phones have been launched in India, with a price tag of over Rs 50,000 putting them as close rivals to brands like Samsung and Apple as well. These are the first set of phones (along with Realme and IooQ) to come with Snapdragon 865 processor that supports 5G. But the question we’re asking is, which one of these devices is worth the buy in the market. Here’s a quick comparison between to two, which will help you with the answer.

Xiaomi has made sure the Mi 10 doesn’t lack in terms of its appeal. It comes equipped with a glass and metal finish at the back panel, while the front panel, is loaded with a punch-hole design. The materials used on the phone are much better than what we’ve seen with their mid-range phones, including the Redmi series. OnePlus has gone with its tried and tested design formula for the 8 Pro but minor tweaks have been made to finishing materials used in its development that will still appeal to the buyers.

Mi 10 is powered by the latest Qualcomm Snapdragon 865 processor along with Adreno 650 GPU. The phone is backed by an 8GB of LPDDR5 RAM and up to 256GB of UFS 3.0 storage option. It comes loaded witha 4,780mAh battery with support for 30W wired charging and 30W wireless charging and in addition to this, it also supports 10W reverse wireless charging. OnePlus 8 Pro is also powered by the same Snapdragon 865 chipset, but you can RAM options up to 12GB, with storage capacity available up to 256GB.On the battery front, it is loaded with a 4510mAh battery with Wrap Charge 30T and it is the first smartphone from the brand that comes with 30W Warp Charge wireless charging support.

Xiaomi has more to justify in this segment than OnePlus. The company has been pushing its case for ad-laden MiUi in the entry-level and mid-range segment but with the Mi 10, the brand needs to change its focus and appeal to the users in a different fashion. Firstly, premium users are not going to like seeing ads popping up on their phone’s screen, and in, more importantly, the brand will have to give privacy a serious overhaul. OnePlus 8 Pro runs on the reliable Oxygen OS which has been developed in-house by the company and appreciated by users across all corners. Having said that, the brand has been unable to find the right mix between its software and the hardware, which has worked against its cameras in the recent past.

The OnePlus 8 Pro is the company’s first smartphone that it is loaded with a quad-camera setup with a combination of 48-megapixel Sony IMX689 sensor, f/1.7 aperture, OIS, a 48-megapixel ultra-wide camera with Sony IMX586 sensor, f/2.2 aperture, a 3x telephoto lens with f/2.2 aperture with 30x digital zoom, OIS and a Color Filter Camera.Mi 10 comes equipped with a 108-megapixel sensor, paired with a 7-element lens, 1/1.33-inch sensor, and OIS support. You also get a 13-megapixel wide-angle lens with a 123-degree field of view and f/2.4 aperture and a pair of 2-megapixel cameras with f/2.4 lenses. We’re eager to try out both these cameras to see which one fares better.

Which one should you buy?

Mi 10 comes with a good design language and 108-megapixel quad-camera setup along with wireless charging support and display are the major highlights. However, when it comes to the price point, it looks a bit overpriced as most of the competition is offering an almost similar set of specifications as low as Rs 34,990, except the camera module. The company is facing the extra cost of import duty and higher rupee value but it’s fair to say that Xiaomi will be hoping the Mi 10 is the gateway to their future of becoming a premium brand in the country. With the OnePlus 8 Pro, you’re getting a refined product that looks to follow up on its predecessor and if you’re really keen on buying a phone in this price bracket, the 8 Pro is worth looking at.