Starting at 12 PM today, users will be able to prebook their OnePlus 7 Pro for Rs 1,000 on Amazon India. As part of the pre-booking offer, OnePlus is offering free screen replacement for the first six months of purchase, which will be originally worth Rs 15,000.

The OnePlus 7 and OnePlus 7 Pro are scheduled to be launched on May 14 globally. With less than two weeks to go for the event, OnePlus is now offering the Pro model of its upcoming smartphone as part of pre-booking. Starting at 12 PM today, users will be able to prebook their OnePlus 7 Pro for Rs 1,000 on Amazon India.

As part of the pre-booking offer, OnePlus is offering free screen replacement for the first six months of purchase, which will be originally worth Rs 15,000.

The offer can be accessed by visiting Amazon India’s portal while OnePlus India has alsoconfirmedthat the company will start pre-booking of the OnePlus 7 Pro from 12 PM on May 3, which is today. 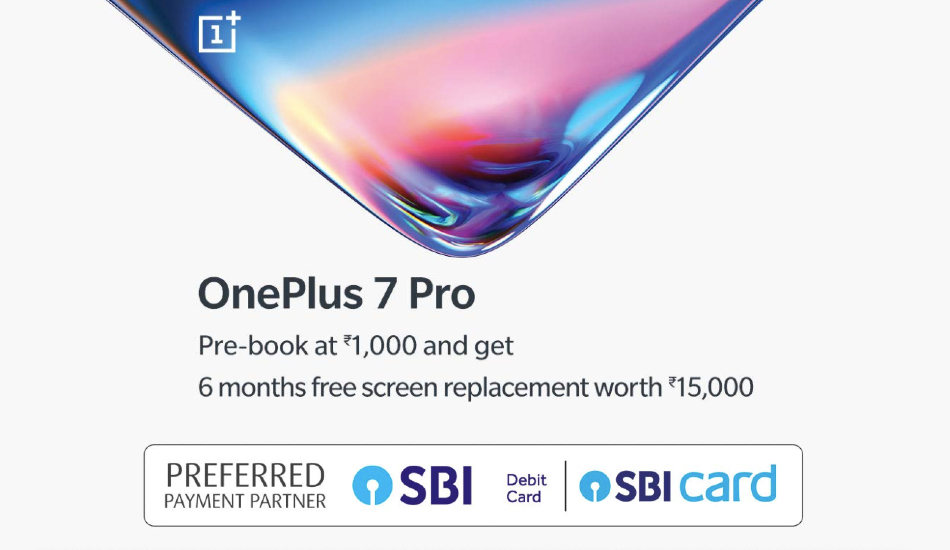 Starting from 8th May 2019, potential customers can also walk into their nearest OnePlus Store, Croma and Reliance stores to pre-book the OnePlus 7 Pro at Rs 2,000, redeemable on the device purchase. These users will also be eligible for the same one-time accidental screen replacement. 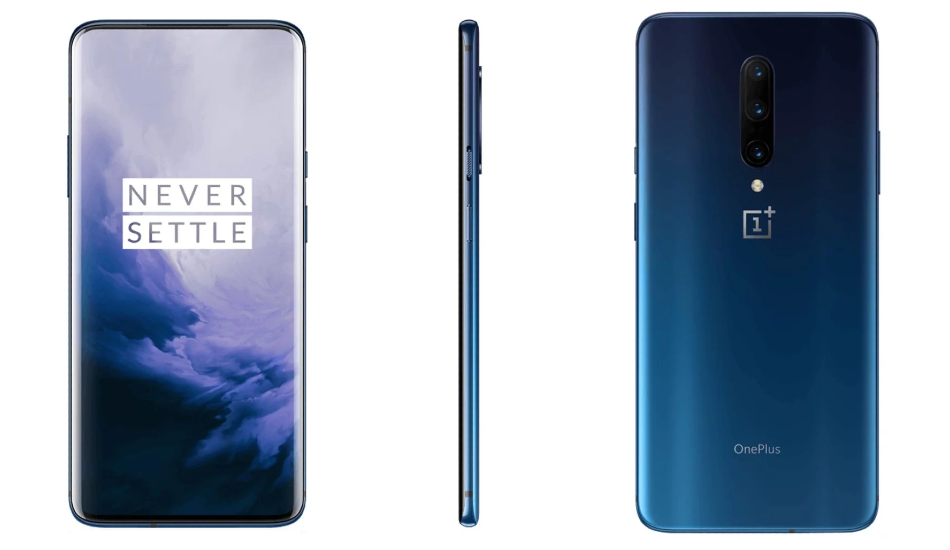 In addition to that, the OnePlus 7 Pro has also gotten a close-to-finishing look as official-like renders of the phone have been released online. The renders now show two of the three colour versions of the phone – Mirror Grey and Nebula Blue.

As for the renders, it’s now clear that OnePlus will now have its logo at the rear end of the phone below the camera unit as well as the ‘OnePlus’ word mark at the bottom of the phone’s back. There’s no fingerprint scanner at the back which hints at the presence of an in-display scanner. Coming to the display on the front, the phone is near to bezel-less with only a small chin at the bottom, thanks to the pop-up selfie camera at the top. There’s a camera bump at the back, power and silent toggles on the right and volume rockers on the left side of the phone. 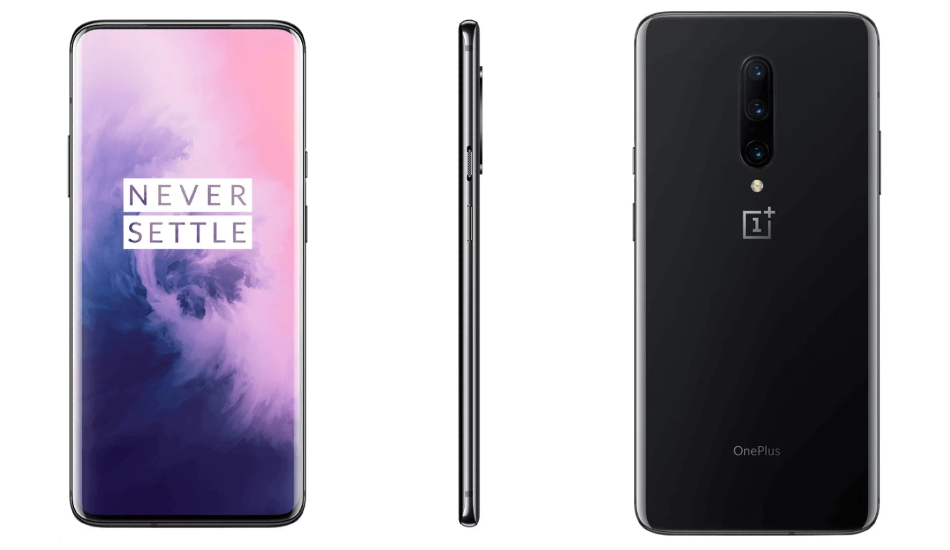 With a neat official render like these, we can also confirm that the OnePlus 7 Pro will indeed come with a triple-camera setup as was reveals in the full specs sheet leak yesterday. It will equip a triple lens setup with a 48MP primary, a telephoto lens and an ultra-wide-angle camera while the standard OnePlus 7 will feature only the 48MP primary camera and the telephoto lens.

The OnePlus 7 Pro will be powered by a Qualcomm Snapdragon 855 processor with 10GB of RAM and an under-the-display fingerprint scanner. The device will come with a 4,000mAh battery units with a 30W Warp Charge USB-C adapter. The Pro will also feature a larger 6.64-inch AMOLED display with a Quad HD+ resolution at a refresh rate of 90 Hz and will run on Android 9 Pie with OxygenOS.

The standard OnePlus 7, on the other hand, will offer a minimum of 6GB of RAM though it’ll be powered by the same Snapdragon 855 chipset. The device will come with a 4,150mAh with 30W Warp Charge and will feature a 6.2-inch FHD+ display with 60 Hz refresh rate.