The update is about 86MB and is already available via OTA.

OnePlus has released the new update for its latest flagship device, the OnePlus 5T. The update brings version OxygenOS 4.7.6, based on Android 7.1.1 Nougat, with the new Over-the-air (OTA) update, the company has improved the quality of camera along with some system optimization.

To start with, the update is about 86MB and is already available via OTA. The company has improved the camera stability, including the third-party camera apps and claims to enhance the quality of selfies in low light. 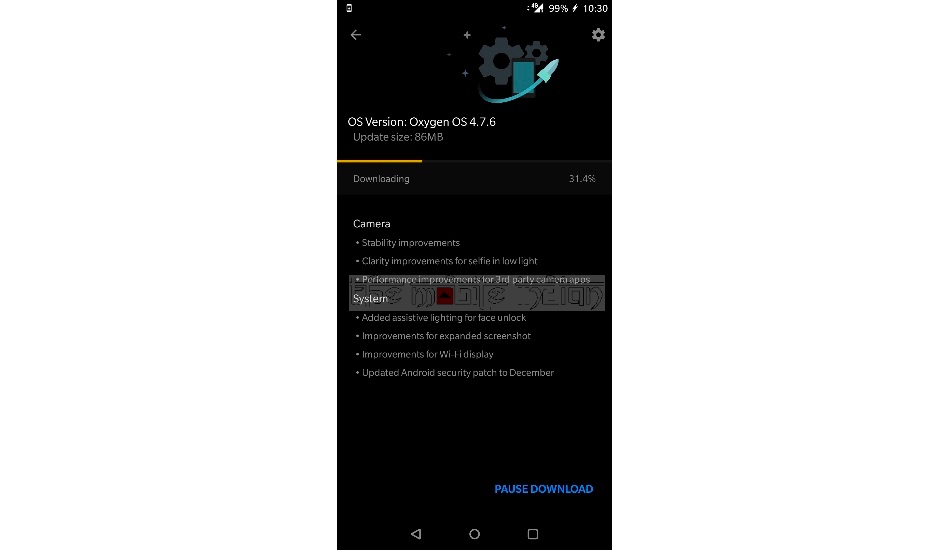 Further, under the system update, the company has added assistive lighting for Face Unlock, improvements for extended screenshots and more. In order to check the update, one will have to go to Settings > System update > Check for update.

Other than this, thecompanyhas resumed the rollout of Android Oreo-based OxygenOS 5.0 update for OnePlus 5 device. Theupdate was released last montharound the globe andwas cancelled last week, as the users were facing network connectivity for European operators and third-party camera performance issues.