One out of five women in India receive sexual and inappropriate calls: Truecaller

In India, 1 out of 5 women receive sexual and inappropriate calls, however, India has the highest rate of women taking action against harassment calls/SMS.

Truecaller has launched a nationwide campaign #MakeTheCall, urging women to take action against phone call/SMS harassment. Alongside the campaign, Truecaller released the third edition of its insight-led report ‘Understanding the impact of harassment calls & SMS for women in India’ which revealed that 8 out of 10 women in India have faced phone harassment and nuisance calls through calls and SMS messages.

In India, 1 out of 5 women receive sexual and inappropriate calls, however, India has the highest rate of women taking action against harassment calls/SMS. Truecaller’s survey was conducted in Kenya, Columbia, Brazil and Egypt. It has also been noted that women in India share their number as a common practice, especially when recharging their phone at a store, visiting restaurants, shopping, entering contests and filling in logbooks. 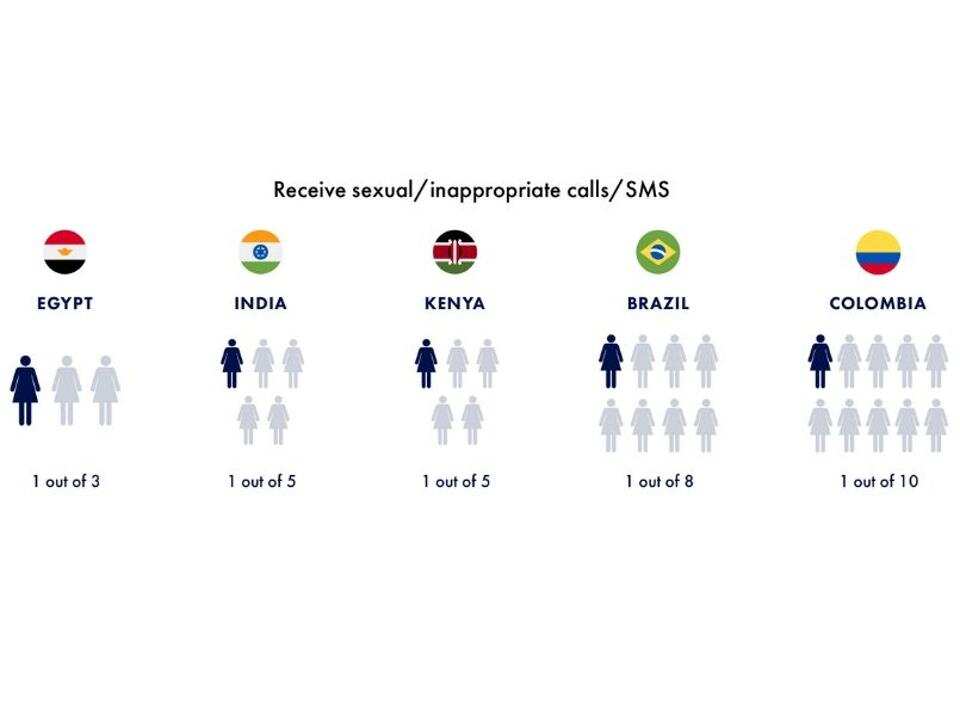 Truecaller says when it comes to taking action against phone harassment, 85% of women in India blocked the number. 45% called their operator for help and 45% tried searching for the number. The report also highlights how there are still women who choose to not take any action. Only 44% of women chose to ignore it and an even lower 12% reported the number to authorities.

Key findings from the report for India: -

1. Despite it being common for women to receive sexual or inappropriate calls and SMS, there’s a concerning low percentage of women who think these types of calls constitute harassment. 58% of the women polled in India consider received sexual harassment calls/SMS as harassment in comparison to 17% in Colombia, 8.3% in Brazil, 35% in Egypt, and 11% in Kenya. From all the counties polled, Indian women were significantly more aware of phone harassment.

2. Only about 4% of all the sexual harassment calls/SMS are from known acquaintances. 76% were from unknown sources.

Commenting on the report and campaign, Truecaller Managing Director Sandeep Patil said: "We see a worrying trend of an increase in sexual harassment for women through calls and SMS. Normalizing harassment has a devastating effect on the victims. Our campaign is building a community of people who are on a mission to encourage women to #MakeTheCall and to take action against such harassment by reporting it to the relevant authorities. Truecaller stands against women’s harassment in any and all forms”.