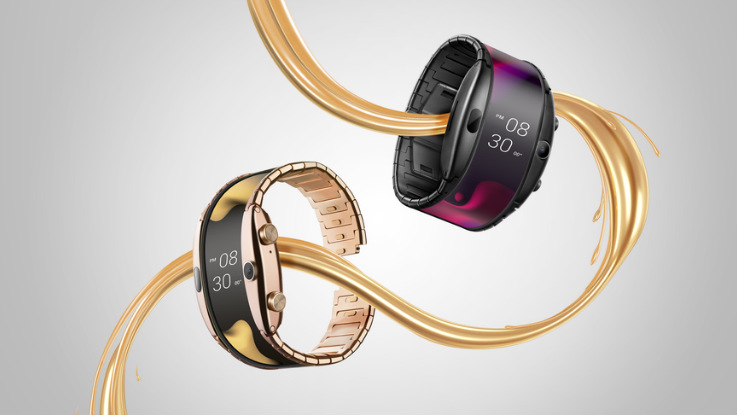 The Bluetooth version of the Nubia Alpha comes with a price tag of EUR 450, while the eSIM model will be priced at EUR 550 for Black colour option and EUR 650 for 18-carat gold plating option.

ZTE sub-brand Nubia has announced the launch of a new smartwatch, which comes with a flexible display. Dubbed as Nubia Alpha, the smartwatch will be available in China from April followed by Europe and North America. This is no confirmation on India availability.

The Bluetooth version of the Nubia Alpha comes with a price tag of EUR 450, while the eSIM model will be priced at EUR 550 for Black colour option and EUR 650 for 18-carat gold plating option.

The major highlight of the smartwatch is the flexible display, which is also touted to be the largest screen used on a smartwatch. The display basically bends along the wrist of the wearer just like a normal watch. The screen is manufactured by Visionox and the company claims it features heat-resistant polymer known as Polyimide.

There are two physical buttons on this smartwatch for back and voice. Coming to the specifications, the Nubia Alpha smartwatch is powered by a Snapdragon Wear 2100 SoC along with 1GB of RAM and 8GB of internal storage.

The watch comes with a customised Android version meant for the wearable products for ZTE with features like motion gestures, air interaction mechanics, voice-based commands and more. The Nubia Alpha also features a 5-megapixel camera for photos and video recording. It is fuelled by a 500mAh battery, which the brand claims can deliver up to two days of battery backup.