Now charge your devices with hot or cold beverages

The device is basically a sterling engine which utilises differences in temperatures to produce motion and in turn create power.

We all love to have our drinks at our own sweet pace but what if the drinks that give you refreshment can also charge your mobile devices? Well now this is also possible as Epiphany Labs, a United Stated based company, has developed a device that converts the warmth or coolness of your beverage into power for your phone. 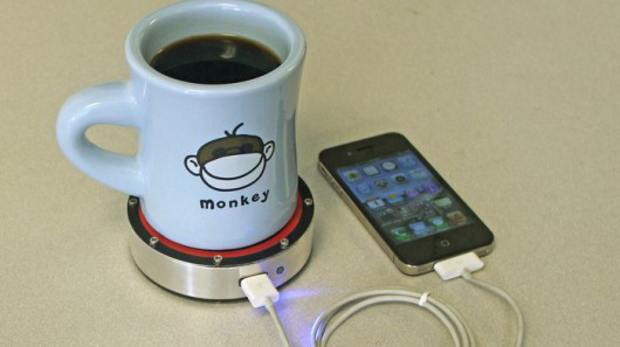 Called as the Epiphany One Puck, the device is basically a sterling engine which utilises differences in temperatures to produce motion and in turn create power. The Puck has a cold and a hot surface, so you have to place the beverage on the appropriate side depending on its nature.

The Sterling engine is not a new technology but an age old concept that aims at delivering cleaner sources of energy but was rejected since it couldn’t produce much higher amounts of power. The Epiphany One Puck is small and utilises newer materials that help get a higher efficiency as well as durability in a smaller size.

The company has started working on a prototype and it claims that the device can produce up to 1000 mA or charging current.