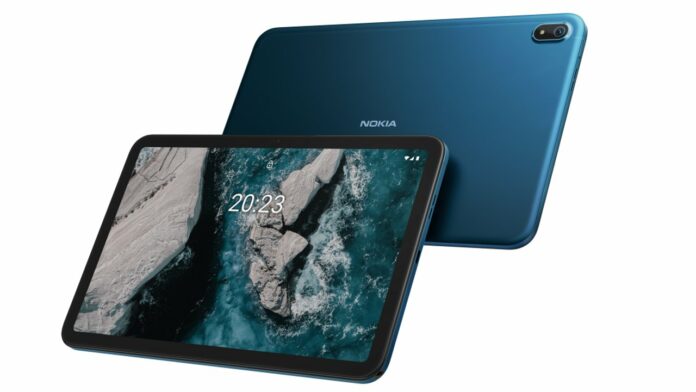 Let’s take a look ahead at the pricing and specifications of the tablet.

The device packs a 12nm Unisoc Tiger T610 chipset. It is coupled with 3GB/4GB RAM and 32GB/64GB storage. This can be expanded by up to 512GB via a microSD card slot.

In addition, the Nokia T20 runs on Android 11, and the company has assured of two years of OS upgrades and three years of security updates. On the battery front, it packs an 8200mAh battery with 15W fast charging support. It is shipped with a 10W charger. It promises 10 hours of video streaming time, 15 hours of web surfing or 7 hours of video calling time.

Moreover, the tablet lacks a fingerprint scanner, but there is Face Unlock for security. The connectivity features are 4G LTE (optional), Wi-Fi 802.11 ac (2.4GHz|5GHz), Bluetooth 5.0, GPS + GLONASS, NFC, USB Type-C. It is IP52 rated for dust and splash resistance.