The new Nokia Purebook Laptops might arrive with Intel Core i3 and i5 processors and should be sold through Flipkart.

Nokia is working on a new Laptop series for India that will be called Nokia Purebook and will be sold via Flipkart. There is no release date as such for the laptops but they could be arriving soon. 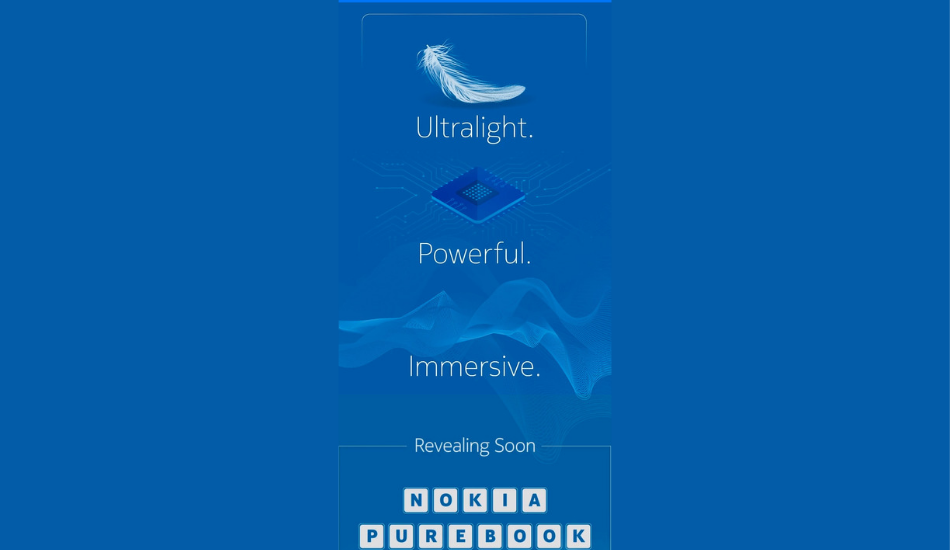 Flipkart has shared the launch poster for the Purebook laptops by creating a dedicated page. The poster seems to emphasize on the three characteristics of the laptop, namely 'Ultralight,' ‘Powerful,' and ‘Immersive'.

As Flipkart is already selling Nokia branded TVs, the sale of laptops through its portal seems in line and the laptops should be sold exclusively through the e-commerce website.

There are no specifications, launch date, or any pricing information revealed for the new set of laptops by Nokia except the fact that a BIS listing has revealed that the new Nokia laptops will come in 9 models.

The 'NK' in the model numbers seems to represent 'Nokia' brand while the alpha numeric parts seem to point towards the processor. If considered, it means the 5 out of these 9 laptops will be powered by the Intel Core i5 processor and 4 of them should come with the Intel Core i3 processor. They should be using 10th-generation Intel processors.

Nokia 3.4 tipped to launch in India this month, pricing tipped