Nokia Heart might be launched as Nokia 5 at MWC 2017

The smartphone was spotted on GFXBench website yesterday, revealing its key specifications.

Yesterday an entry-level Nokia branded Android smartphone with the model name “Heart” was spotted on GFXBench website, revealing its key specifications. However, as per a new leak on Weibo, the said phone could be named as Nokia 5 and will be unveiled at MWC 2017. Further,the Nokia 5 aka Nokia Heart is expected to sport a similar design language as Nokia Lumia 925 with the price somewhere to be around CNY 999. 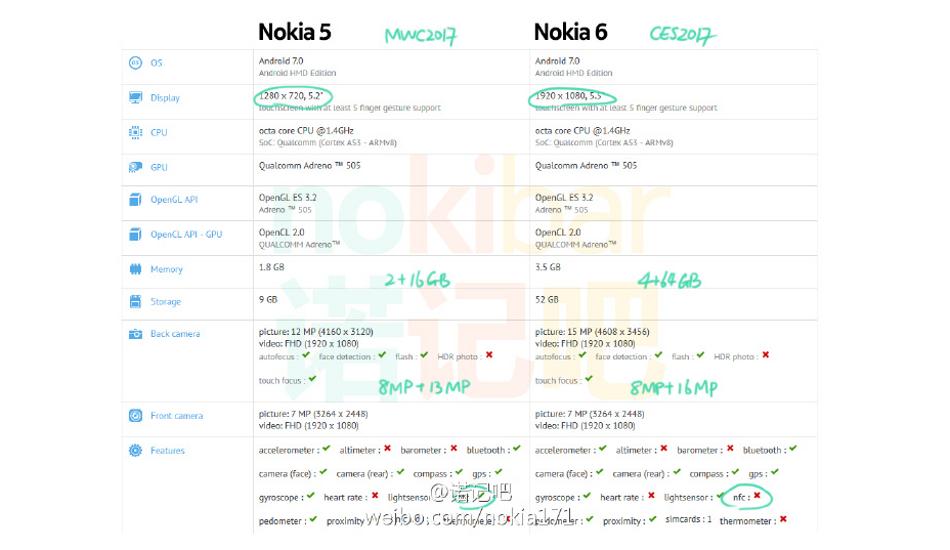 As per previous GFXBenchlisting, Nokia Heart aka Nokia 5 features a 5.2-inch HD display with a resolution of 720×1280 pixel. It is powered by a 1.4GHz octa-core Qualcomm Snapdragon 430 processor, paired with Qualcomm Adreno 505 graphic processor, 2GB of RAM and 16 GB of internal storage. On the camera front, the smartphone sports a 13-megapixel rear camera with LED flash and an 8-megapixel front-facing camera for selfies. The Nokia Heart runs on Android 7.0 Nougat operating system and offers Bluetooth, NFC, WiFi, Accelerometer, Light sensor, Pedometer, and Proximity as connectivity options. 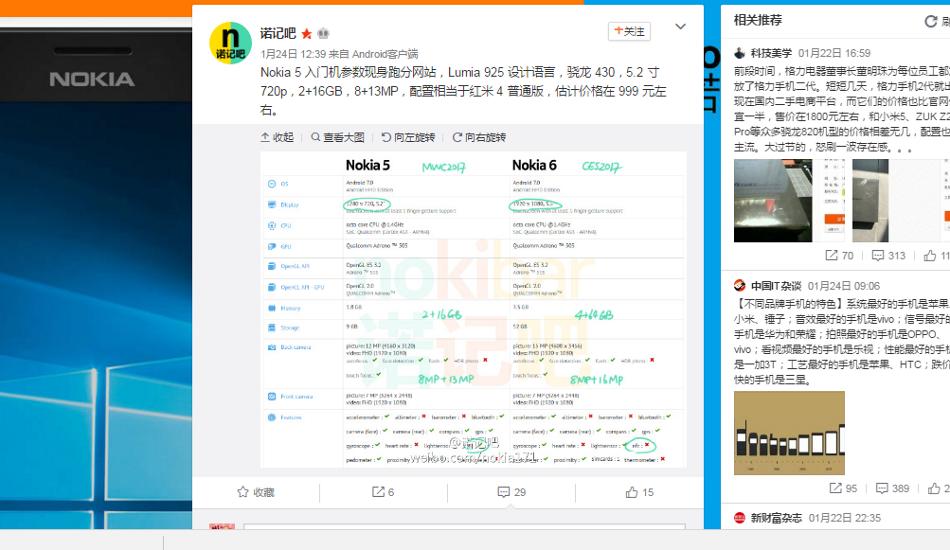 Earlier this month, HMD Global launchedthe first device for the comeback lineup, the Nokia 6, in China. The device got a remarkable response during pre-order and went out of stock in just one minute in its first flash sale.

Off-late there were many reports that HMD Global is working on a high-end device as well and these reports got the weight couple of days back when Nokia finally admitted that it is working on a flagship smartphone boasting the new Qualcomm Snapdragon 835 chipset and there is a high possibility that the said smartphone could be the long rumoured Nokia P1.