Nokia C20 Plus to launch on June 8 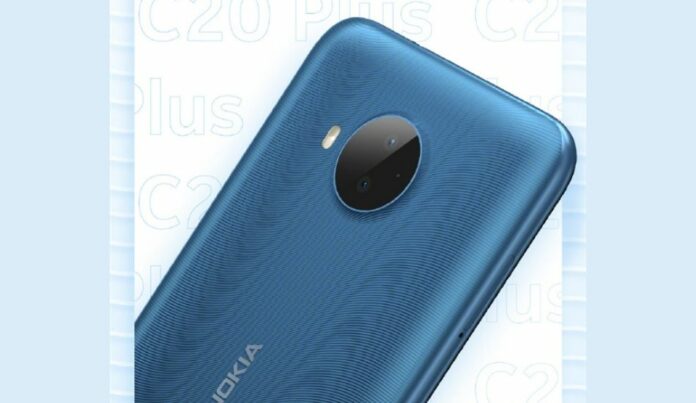 As per the poster, the Nokia C20 Plus has a circular camera at the back that is positioned in the center. The camera array has dual sensors and next to it sits the LED flash. The top seems to have a 3.5mm headphone jack while on the left there is a SIM tray. On the right, there should be the power button as well as the volume rocker. 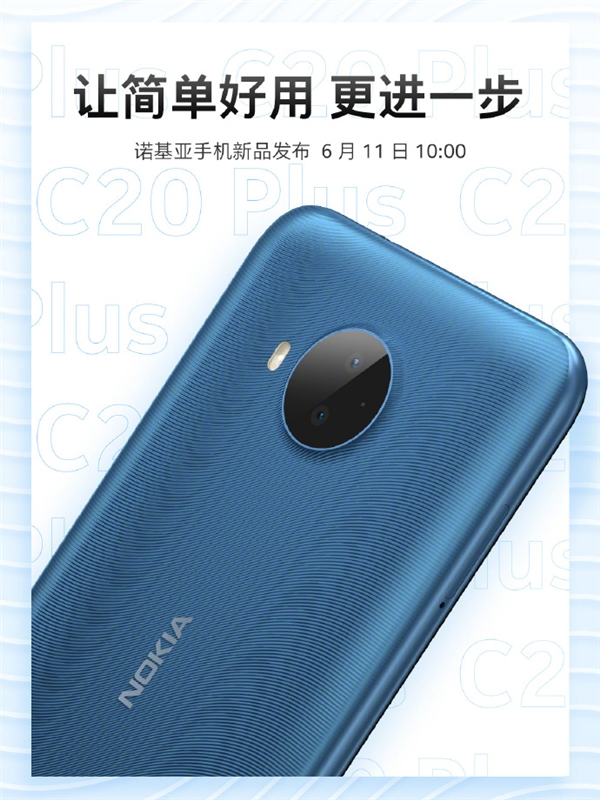 The Nokia C20 Plus appeared on Geekbench a while back which suggests the phone will be powered by a UNISOC SoC that consists of an octa-core CPU with four 1.6 GHz cores and four 1.2 GHz cores. The phone was able to score 126 in single-core tests and 476 in multi-core tests.

The phone could also run on Android 11 Go Edition considering the amount of RAM is still on the lower side but it should definitely handle multitasking better. Previous leaks have suggested that the Nokia C20 Plus should sport dual cameras, and a 5000mAh battery which is bigger than what is found on Nokia C20.

The 3C listing of the phone revealed that it is an LTE device which could come with a 10W charger. The Nokia C20 on the other hand comes with the same chipset as the C20 Plus if the rumors for the Plus variant are true.