Nokia has launched four phones at CES 2022 out of which two have been launched under G series and two under C series. 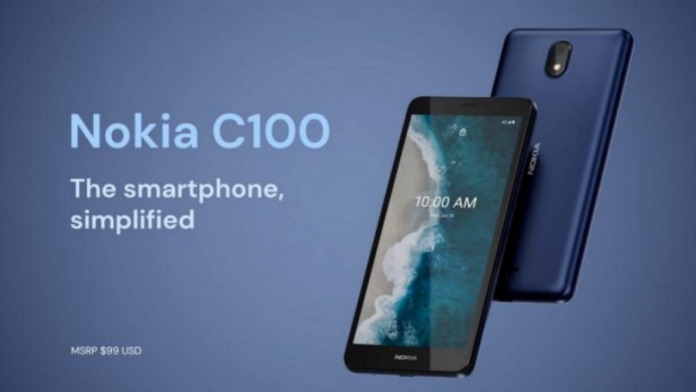 The phones will be heading to the US while there’s no word on global availability as of yet. The pricing of the devices is as follows:

The Nokia C200 and the C100 have a common set of specifications including a MediaTek Helio A22 processor, up to 3GB RAM and 32GB storage. The phones are backed by a 4,000mAh battery and have a single rear camera. The C200, however, has a bigger 6.1-inch display with HD+ resolution, surrounded by thick bezels.

Nokia G100 sports a 6.5-inch display with HD+ resolution. It is powered by the Snapdragon 615 processor and features a triple rear camera setup. The phone also packs a 5,000mAh battery and a side-mounted fingerprint scanner.

The Nokia G400 on the other hand sports a 120Hz display with a waterdrop notch that houses the front camera. It is powered by the Snapdragon 480 5G processor and gets 6GB RAM with 128GB storage. The G400 also features a triple rear camera setup with a primary 48-megapixel sensor.