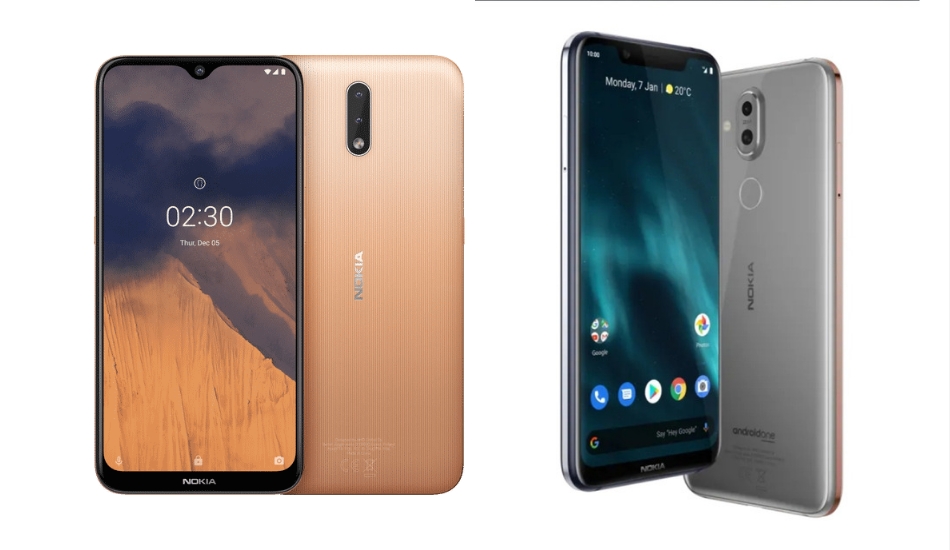 The Nokia 8.1 and the Nokia 2.3 are getting the Android 11 update in some regions

Nokia is now ready to roll the latest Android 11 to two more of its Nokia phones including the Nokia 8.1 and the Nokia 2.3. Owners of both of these phones should soon see an update notification on their devices or they can check manually for the update by heading into the phone settings.

The announcement was made by one of the staff members on Nokia community that says the first wave of the Android 11 update for Nokia 8.1 will hit Bangladesh, Hong Kong, India, Malaysia, Macau, Nepal, Philippines, Singapore, and Vietnam. 10% of units in these markets will receive the update notification immediately, 50% by April 10, and on April 12, 100% should be up to date. The second wave will hit at a later date and will include more countries and territories.

For the Nokia 2.3, the first wave will hit units sold in Bangladesh, Cambodia, Denmark, Estonia, Finland, Hong Kong, Iceland, Latvia, Laos, Lithuania, Macau, Malaysia, Nepal, Norway, Philippines, Sri Lanka, Sweden, and Vietnam. The same release logic as the Nokia 8.1 applies here as well, meaning 10% of units in these markets are getting the update notification immediately, while 50% will have it by April 10, and 100% on April 12. Again, there will be a second wave at some point in the future.

The Nokia 2.3 debuted in 2019 and came with a 6.2-inch HD+ display with 720 x 1520 pixels resolution and 19:9 aspect ratio. The phone is powered by 2GHz quad-core MediaTek Helio A22 12nm processor with IMG PowerVR GE-class GPU coupled with 2GB RAM and 32GB storage. It comes with a 13MP dual rear camera setup.