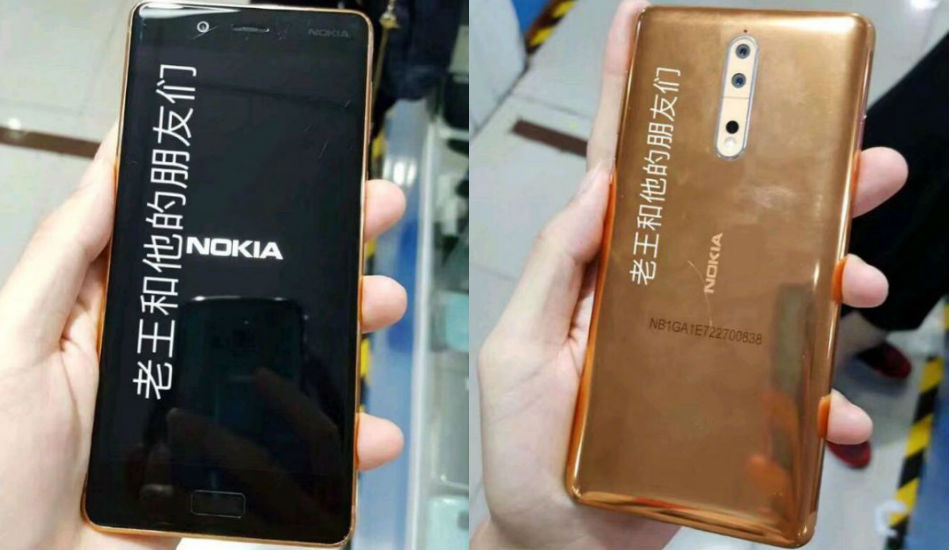 a new set of live images has been leaked online, giving us a fair idea about the design of the Nokia 8.

As we are heading towards July 31 launch of Nokia 8, rumours and speculations of the upcoming device are reaching all time high. We have already seen some press renders in the past and now,a new set of live images has been leaked online, giving us a fair idea about the design of the Nokia 8. 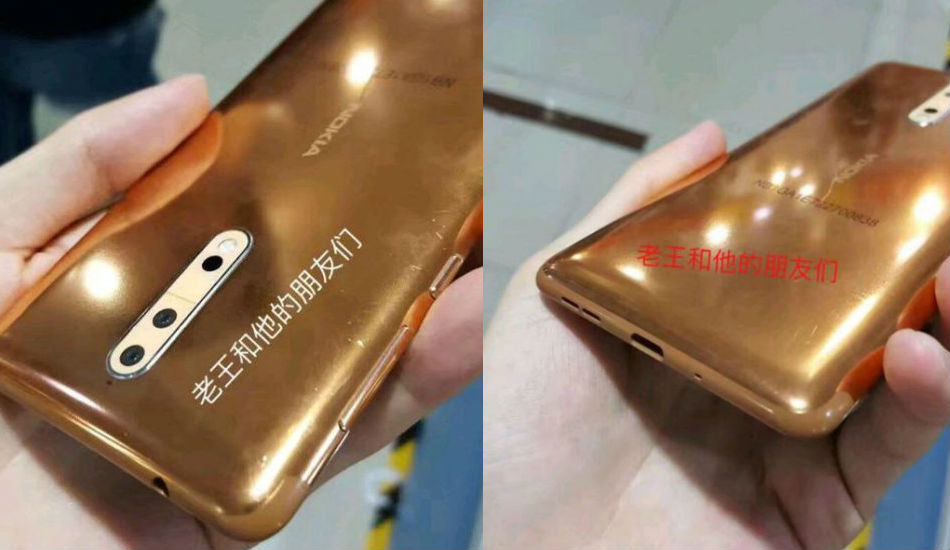 According to the leaked images on Baidu forums, as spotted by Slash Gear, the smartphone will come with a dual-camera setup with Zeiss branding. The front of the device shows a screen with minimal side bezels and a physical home button at the base, which also happens to be a fingerprint scanner. The back panel comes with a copper colour, which gives a pretty different look to the device.
You might also like this:
One can clearly see the dual rear cameras along with laser autofocus and LED flash at the top centre position at the back. The top houses a headphone jack, while the bottom comes equipped with speaker grille and USB Type-C port. The design is in line with previous renders that were leaked online.
Recollecting some key specifications of Nokia 8, the smartphone bearing model-number TA-1004 is rumoured to feature a 5.3-inch Quad HD display with a resolution of 1440×2560 pixels and will be powered by Qualcomm Snapdragon 835 processor. It may have a 4GB RAM and 64 GB internal memory which can be further beefed by via microSD support. Also, it is expected that the device will support a dual 13-megapixel camera at rear and an 8-megapixel camera in the front. It is also expected to have a fingerprint scanner.