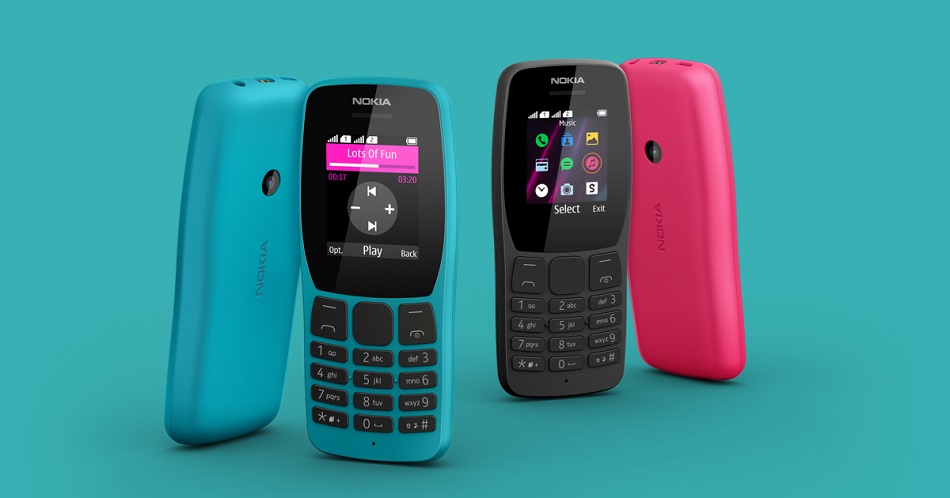 The latest Nokia 110 is available in Ocean Blue, Black and Pink colour options.

HMD Global has today announced the launch of its latest feature phone in India. Dubbed as Nokia 110, the latest feature phone comes with a price tag of Rs 1,599 and it will be available for purchase from top mobile retail stores across the country and company’s official website starting October 18, 2019.

The latest Nokia 110 is available in Ocean Blue, Black and Pink colour options. The major highlight of the feature phone is that it supports up to 32GB of memory card and comes loaded with music player support. The device also features FM Radio and comes with fan-favourite games Snake along with four new try-and-buy games including Ninja Up, Airstrike, Penalty Cup and Doodle Jump. To recall, the feature phone was launched alongside Nokia 7.2 and Nokia 6.2 smartphones at the IFA 2019 event.

The feature phone is equipped with a 1.77-inch QQVGA coloured display and it features an in-built qVGA rear camera for clicking photos and videos. The phone comes with 4MB of RAM and 4MB of internal storage, which can be expanded via microSD card slot. The device runs on Nokia Series 30+ operating system.

Commenting on the launch, Ajey Mehta, Vice President and Region Head, APAC and India, HMD Global, said, “Nokia 110 is a solid proposition for the Indian feature phone consumer who is looking for connectivity with entertainment in a form factor that is not only reliable and durable, but also dons a personality that makes it stand apart amongst the number of feature phones out there. With music, games, photos and more, the Nokia 110 is truly a step up for feature phones consumers. I’m thrilled to add this beauty to our range of feature phones in India and hope consumers will check it out either in retail stores or online.”