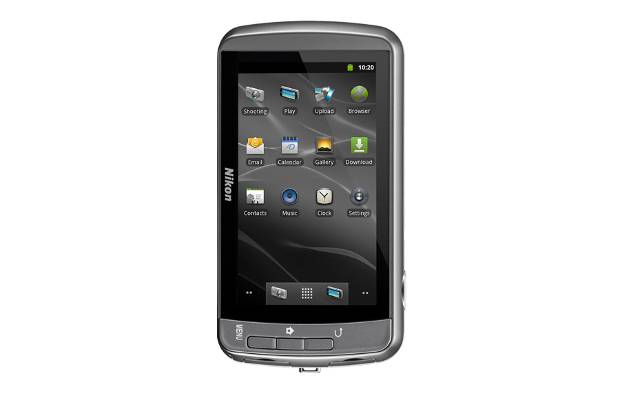 Both the cameras sports Nikon's optical and image-processing technologies.

Nikon India today launched a series of action and wearable cameras in the Keymission series, namely KeyMission 170 and KeyMission 80. Nikon claims that these cameras are designed for both everyday situations and extreme situations. Back in early 2016, the company also introduced Keymission 360 which was a tough wearable camera capable of recording 360 degree video in 4K UHD.

Both the cameras sports Nikon’s optical and image-processing technologies. The KeyMission 170 is shockproof and waterproof and can capture dynamic 170 degree wide-angle 4K UHD videos. Further, it also has engaging interface with simple controls even for a noob shooter. To add to this there are also shooting mods such as Slow Motion, Super lapse Movie and Time Lapse Movie. One the other hand, the KeyMission 80 is designed to be tough wearable camera for quick instand shots and stills enabling users to record every moment of their experience as it happens. The camera features a small NIKKOR lens and is also equipped with secondary camera with 4.9 million effective pixels and a LCD monitor for selfies. This could actually be your perfect vlogging camera.

The SnapBridge 360/170 app further enables remote camera shooting and movie editing in the KeyMission 360 and KeyMission 170. For KeyMission 80 there is another SnapBridge app which is constantly connected to the device for easy transfer of photos and videos.

Commenting on the launch of the KeyMission series, Kazuo Ninomiya, Managing Director, Nikon India Pvt. Ltd. said, “The launch of KeyMission camera is a milestone for Nikon as it signifies the innovation that Nikon is driving in the world of photography. The KeyMission cameras enable users to retell their adventurous experiences with a distinctive approach. The series is a compelling combination of standout optical and imaging solution, smartly packed together in a seamless and smart device which offers connectivity on the go. Our customers will now be able to challenge the status quo of how their stirring stories have been expressed until now, as the KeyMission series will facilitate them with stupendous images and video content.â€

Sajjan Kumar, senior vice president- corporate sales & strategy, Nikon India said, “Nikon KeyMission series is a revolutionary product range which will set a benchmark in consumer created content. Taking videos or stills with the KeyMission cameras will be an ongoing exploration and adventure. Photographers can now easily capture a high-quality 360Â° environment with the touch of a button, making the world of virtual reality accessible to everyone. We are delighted to offer this immersive experience to our consumers to seize all their special moments in clear and sharp 4K-UHD resolution like never before.”

Along with the KeyMission 170, the 360 is also shockproof and waterproof and is also dustproof and coldproof for up to -10 degree Celsius. There are also a bunch of mounts available for the action cameras to enhance the video recording experience further more. The SnapBridge app for all of the cameras is available for both smartphones and computers and provides bunch of useful features.

The KeyMission 360, KeyMission 170 and KeyMission 80 will be available by November 2016. Pricing has not been revealed as yet.