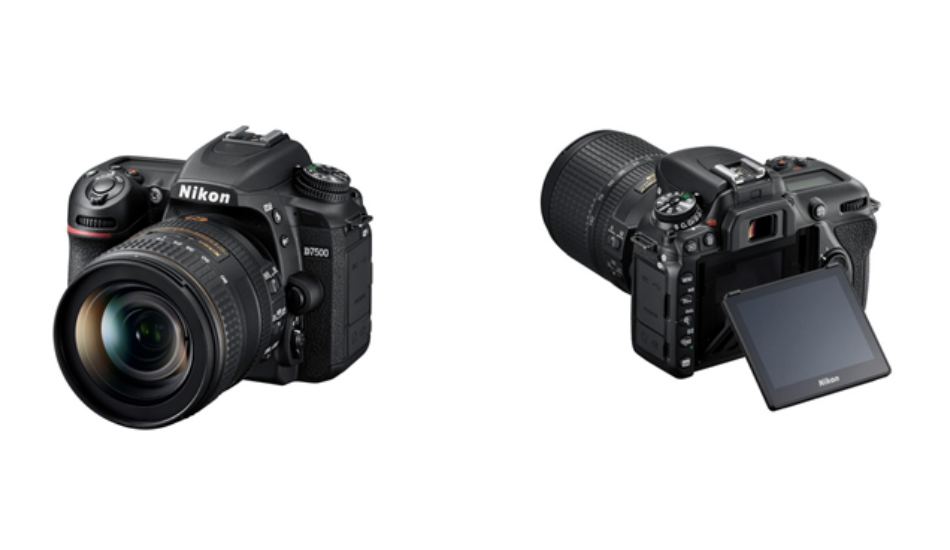 The major highlight of the DSLR is the 4K video recording in a 2160/30p format for both regular and time-lapse formats. The camera comes loaded DX-format 20.9-megapixel CMOS sensor and an EXPEED 5 image-processing engine, which produces vibrant colours. The device has an ISO range from ISO 100 to ISO 51200, which can be extended up to ISO 1640000 to provide minimal noise in low-light scenarios.

It also boasts 180K-pixel RGB sensor and 51-point AF system and supports high-speed continuous shooting at up to approximately 8fps. The D7500 has the ability to shoot up to 50 shots in 14-bit lossless compressed RAW, with extended buffer capacity. The camera weighs 720 grams and has a touch-operated, slim-tilting monitor. Lastly, it is equipped with SnapBridge functionality through which one can transfer files to your smart devices.

Commenting on the launch, Kazuo Ninomiya, Managing Director, Nikon India Pvt. Ltd. said, “We are excited to launch the latest in the renowned D7000 series, the Nikon D7500 for our esteemed customers. At Nikon, we have always strived to offer the latest in camera technology to photographers and video enthusiasts, and this device bears testimony to that commitment. The new and advanced Nikon D7500 is built on the DNA of the best DX-format flagship camera, with the same high-performance EXPEED 5 image-processing engine. With significant improvement to its predecessor in build quality and performance, the camera will let photographers capture some breath-taking shots to preserve their precious moments.”