Nvidia is testing the Tegra K1 aka the superchip announced last month packed inside what is supposed to be Tegra Note successor P1761 loaded with Android 4.4.2 KitKat update.

Nvidia had, last month at the Consumer Electronics Show 2014, announced the Tegra K1 superchip touting it to be powerful than the game consoles. Now a tablet, identified as Nvidia Tegra Note P1761, has been spoted on AnTuTu Benchmark with Tegra K1 processor and Android 4.4.2 KitKat operating system. This model is not formally launched but can be easily estimated to be the Tegra Note tablet successor. 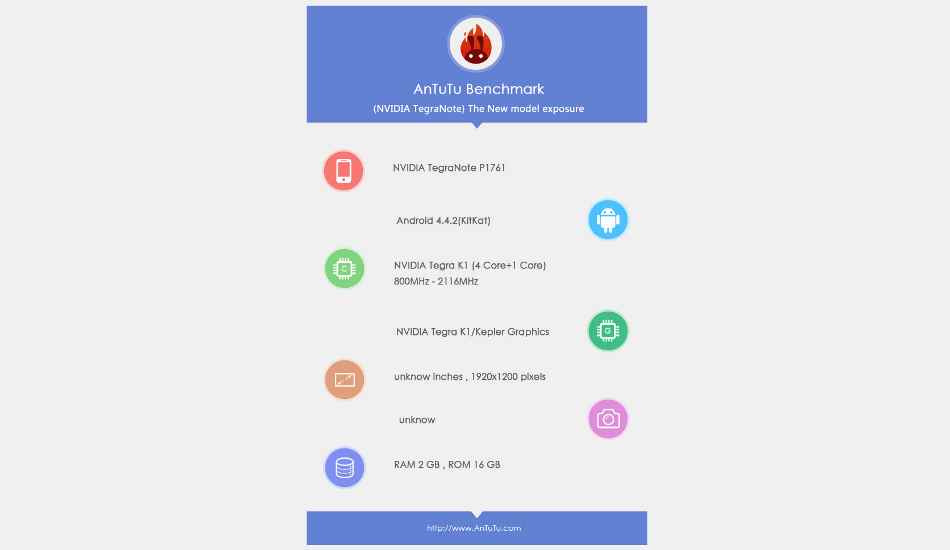 The unique aspect of this Tegra K1 chip is that it integrates 192 graphic cores touting Nvidia Kepler GPU architecture to deliver gaming console level graphics. This chip is ideally meant for the tablets and high end smartphones packing large battery.

Nvidia can be expected to show off this Tegra K1 based Tegra Note in near future. However, yet again the company will partner with third party vendors to sell the tablet in different countries.