Netflix has announced the Top 10 website which will update weekly to show the top 10 series and movies viewed globally and for over 90 countries. 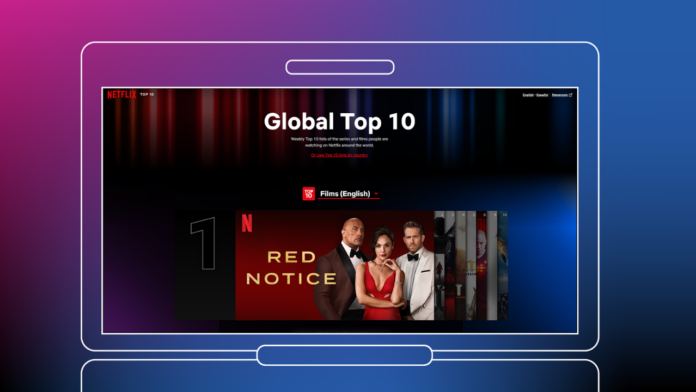 Netflix has announced a new website called the ‘Top 10’. The website is all about showing the top 10 shows and movies that have been trending on the platform on the newly developed website. The website will update weekly with global and country lists of the most popular titles on Netflix.

Netflix said on Twitter that it received a lot of feedback about its metrics over the years and reworked on its methods. The result? Netflix Top 10. Every Tuesday, the service will organise the most popular titles on the Top 10 website on the basis of view hours, the company stated.

The lists available on the website have been broken down as following: global Top 10 lists for Films (English), TV (English), Films (non-English) and TV (non-English), as well as rankings for over 90 countries. Netflix says that the website is currently available in English and Spanish, with more languages to come next year.

These weekly lists are in addition to the daily country Top 10 rows we introduced on Netflix last year, which will now also be based on hours viewed. Netflix will also update its overall lists as new titles become mega hits. These lists are based on the total hours viewed in a title’s first 28 days on Netflix.

Read More: How to play Netflix Games on your Android, iPad OS devices?

Netflix says that traditional measures like box office or share of audience aren’t relevant to most streamers, including Netflix. So it believes engagement as measured by hours viewed is a strong indicator of a title’s popularity, as well as overall member satisfaction, which is important for retention in subscription services.

This measure will certainly favor those series and movies whose duration is longer. Because of this, Netflix will also occasionally publish speciality lists, for example, top documentary features or reality shows. Moreover, it also explained the methodology behind the Top 10 Netflix. The lists are ranked by hours viewed per title, i.e. the total number of hours members spent watching a season of a series or film.

Netflix will measure hours viewed over the course of a week, starting on Monday and ending on Sunday. Each season of a series is measured separately and all the shows and movies are eligible for the list, no matter if they are produced by Netflix or not. Netflix also engaged EY, an independent accounting firm, to review the new viewing metrics, and it will publish their report in 2022.