Netflix has started its gaming service in Poland through which users can play two Stranger Things titles without any ads or in-app purchases. 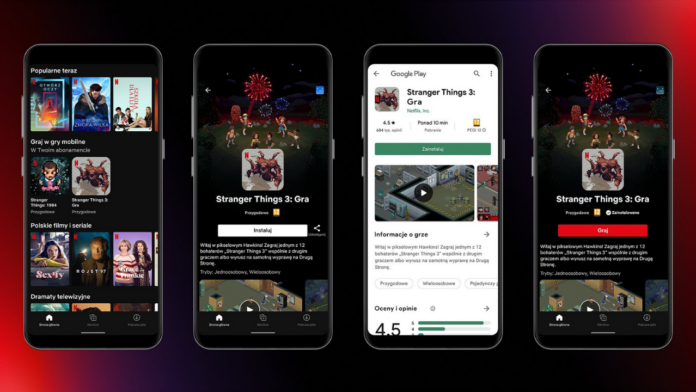 Netflix has been working on a gaming platform, and the company has also confirmed the same in the past. The gaming program has finally begun, but it doesn’t look like something revolutionary, and just a redirection to the app store you have already been using for years.

Netflix has started the gaming program with Poland, where the service is providing two games to start with – Stranger Things 3 and Stranger Things: 1984. Users will be able to see the link to the games within the Netflix Android app. Once the link is clicked, the user will be redirected to Google Play Store to download the game.

Both the games have since disappeared from Play Store. Netflix further says that access to the games will be included in Polish members’ subscription fees. The games will also not have any advertisements or in-app purchases. Furthermore, the games can be launched from within the Netflix app, not from the usual app drawer once downloaded.

The company admits these are ‘very, very early days’ for the gaming service. Things could change significantly in the coming months, before the wider rollout of the service. The only strong point we see here is the exclusion of in-app purchases and advertisements.

Apart from that, the Netflix Gaming service doesn’t seem too exciting as of now. We thought it would enter the world of cloud gaming and compete with Nvidia, Google, and Microsoft. However, this was something unexpected. We’ll have to wait and watch what Netflix holds for us in the future with its current ‘Game launcher’.

There’s no update regarding when the service would launch in other parts of the world. However, we can expect the company to make significant changes to the current implementation.