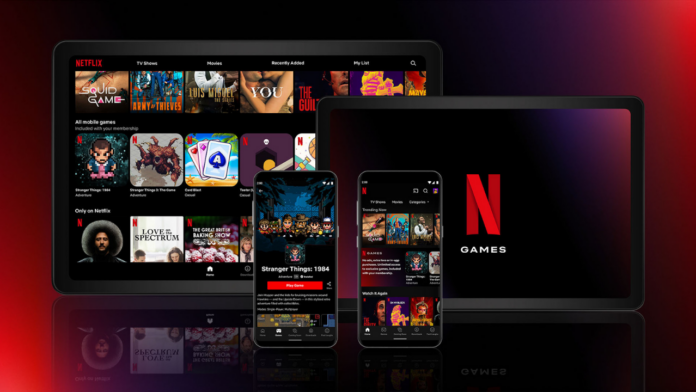 After becoming one of the biggest names in the content streaming business, Netflix has now dipped its toes in the gaming arena. The streaming company recently introduced Netflix Games, a service which allows users to play selected games via the Netflix application itself. It is a step that pushes Netflix beyond the basic content streaming situation and adds another dimension to its portfolio.

But there are a number of questions looming over this new move: how does it work, whether one needs a new subscription pack to access this service or not, and so on. Here is our attempt to answer the most frequently asked questions hovering around Netflix’s new venture:

While it is a new service, it does not require an additional or a different app. Netflix has woven the threads of Netflix Games within the main streaming application itself. This means to get to Netflix Games you would not have to download another app. You can simply use your existing Netflix app and get to gaming by clicking on the Games tab.

What do I need to do to get Netflix Games?

The process to get Netflix Games is pretty easy. All you have to do is update your Netflix app (or download it, and sign up) and Netflix Games would be added to your application automatically. To update your app, you would need to go to Google Play Store, look for the Netflix app and tap on the “update” icon present next to it.

Do you have to pay extra to use Netflix Games?

It may be an additional service but Netflix Games will not cost you added bucks. At least not for now. All you need is a Netflix subscription. This means the same subscription you have to stream content on Netflix can be used to access Netflix Games as well. You do not have to pay any additional charges to play games on the application. As of now.

At the time of writing, Netflix Games is only available on Android Platforms. Once you update your Netflix app on your Android device, you will find an Additional game tab dedicated to games. From here you can download games and play. iOS users cannot use the service just yet. But according to Netflix, the service is likely to hit iOS pretty soon. We are waiting for updates on Windows and Mac OS

How many games does Netflix Games offer right now?

Currently, there are five games that you can play on Netflix Games– Stranger Things: 1984 (BonusXP), Stranger Things 3: The Game (BonusXP), Shooting Hoops (Frosty Pop), Card Blast (Amuzo & Rogue Games), and Teeter Up (Frosty Pop). Netflix has mentioned that the platform will keep adding new games to its portfolio by and by.  These games are not available by other means as of now and are exclusive to Netflix Games on Android.

No, Netflix Games can only be accessed via Adult Profiles. Keeping child safety in mind, Netflix has only added Netflix Games to adults profiles. This means kids’ profiles will not even have the option to access the service. Additionally, if you have set up a PIN to keep kids from using adult profiles, the same PIN would be required if they try to access Netflix Games.

In how many languages is Netflix Games available?

Are there any in-app purchases or ads in Netflix Games?

One of the  best parts of Netflix Games is that the service comes with no ads or in-app purchases. This means one can simply download and enjoy the games without annoying pop-up ads or messages to purchase power ups and so on.

Do all these games require Internet connection?

When will Netflix Games be available?

Netflix has already started rolling out Netflix Games to its subscribers. However, it might reach certain devices a little later than others, as the roll out is a staggered one. You just have to keep an eye out for the update.