Mozilla has launched its new version of Firefox 54 with multi-process support.

Mozilla has launched a new version of its browser,Firefox 54, which the company claims will speed up the browsing reduce data consumption onmobile and desktop.Itsupportse Android, Windows, Linux and MacOS operating systems.

Firefox 54 has opened up its upper limit of processes from one to four. This means that an overworked web page in one tab has a much lower impact on the receptivity and speed in other tabs. By separating the tabs into different processes, the efficiency of the hardware is increased with less time consumption, on your computer.

The old Firefox used a single process to run all the tabs in a browser, thus making it sluggish. However, the new browsers divide the content into several independent processes. “We named our project to split Firefox into multiple processes ‘Electrolysis ’ (or E10s) after the chemical process that divides water into its core elements. E10s is the largest change to Firefox code in our history”, said the company in a statement. 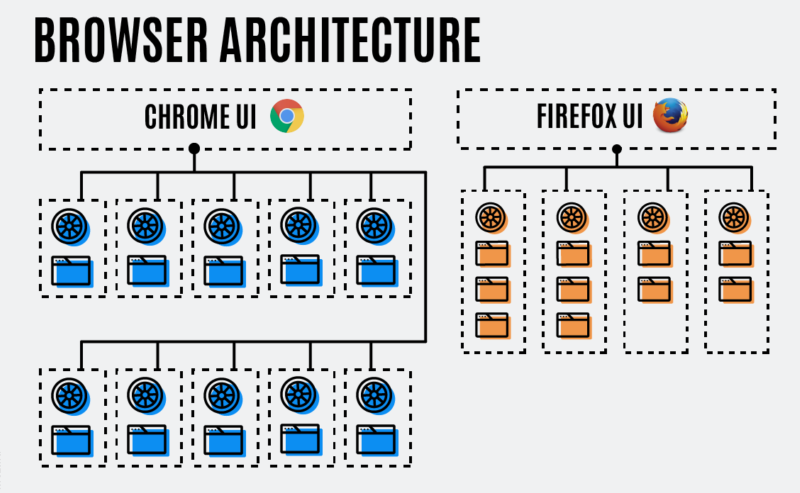 In tests comparing memory usage for various browsers, the company found that Firefox used significantly less RAM than other browsers on Windows 10, MacOS, and Linux. This means that with Firefox you can browse freely, but still have enough memory left to run the other apps you want to use on your computer.