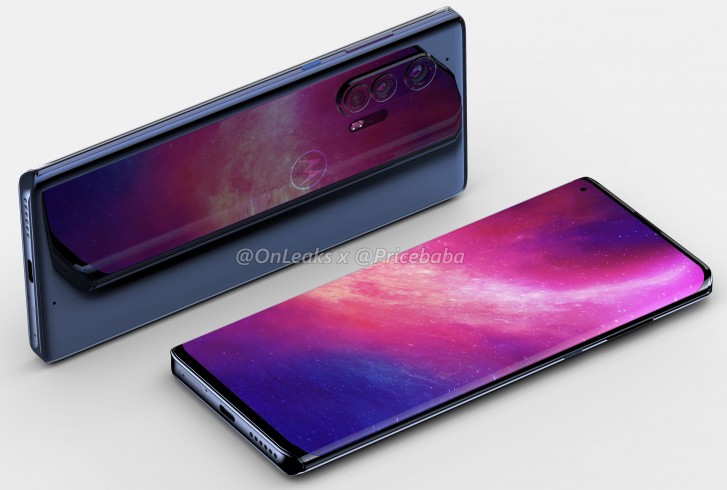 Just ahead of the official launch, key specifications of the Motorola Edge has been leaked online.

UPDATE: Motorola Edge is all set to launch on April 22 and just ahead of launch, key specifications of the upcoming smartphone have been confirmed via a Google Play Console listing. The listing was spotted Techwagon and it reveals that the smartphone will be powered by a Qualcomm Snapdragon 765 processor along with Adreno 620 GPU.

Motorola recently announced that it will be launching its flagship smartphones on April 22. The company is reported to launch Motorola Edge+ and Motorola Edge during the launch event. Now, just ahead of the official launch, a live image of the Motorola Edge has been leaked online.

The image was leaked by known tipster Ishan Agarwal and it shows the back panel of the smartphone. The image reveals that the smartphone will come with a triple-camera setup aligned vertically. There are laser autofocus sensors just beneath the camera module, while the LED flash sits right across the camera placement.

The live image also reveals that the smartphone will come with a gradient finish in Purple colour option. There is Moto’s famous batwing logo right next to the camera module. Furthermore, the volume controls and power on/off buttons are situated at the right side of the panel. The tipster claims that the Motorola Edge will come with a triple-camera setup with a combination of 64-megapixel primary lens along with a 16-megapixel secondary shooter and an 8-megapixel third sensor.

Previously, the Motorola Edge was spotted on Geekbench revealing some key information. According to its Geekbench 5 listing, Motorola Edge 5G will be powered by 1.8GHz octa-core Snapdragon 765G platform alongside 6GB of RAM. The Edge+ is expected to include a Qualcomm Snapdragon 865 processor.

The phone will capable of supporting both standalone (SA) and non-standalone (NSA) 5G modes. For the software, the listing shows that Motorola Edge 5G will run Android 10 out-of-the-box. The device had achieved a score of 505 and 1,410 points respective for its single-core and multi-core performance tests.